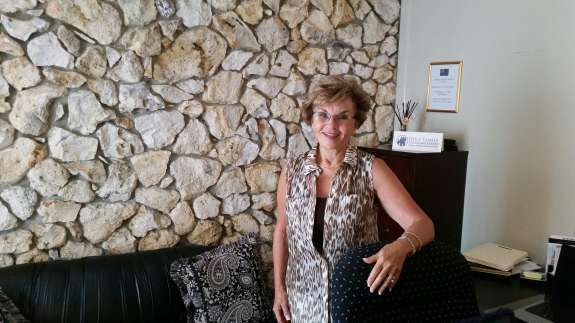 Cuba is in closer reach. Island Travel & Tours kicks off regular, twice weekly direct flights this week between Orlando and Havana. For some, these flights are more than an island connection; they’re hope. Hope to visit home and to find loved ones. A core group of Cuban exiles in Orlando is watching closely as the U.S. thaws relations with its Cold War foe…and so are their American-born children.

Dolores Vigil and her husband had just been married for six days when they fled Cuba back in 1960. They were newlyweds, just starting out a life together with a very profitable clothing manufacturing business. Her husband went to work one day and it changed their lives.

“One day he walked in and two people from the government were there and they said ‘this is no longer yours, goodbye.’ ”

That’s when they knew they had to go. Vigil says they felt they were in danger, they’d been marked. So her and her husband came to the states with $5 in each of their pockets. Their struggle started in a low-income hotel in New York. Her husband went to school, became an engineer and they ended up in Orlando in 1971 after Lockheed Martin offered him a job they couldn’t pass up. They arrived to central Florida and found a welcoming community of Cuban exiles.

“We’re a tight group of Cubans, we support each other and socialize, now that we’re getting older it’s harder to socialize some of them can, some of them can’t, but we still are connected; it’s a connection that, it’s been very, very beautiful for forty something years,” said Vigil.

The Vigils have four children including 38-year old Steven Vigil. He’s proud to be American and proud of his heritage—the way he was raised has a lot to do with that.“I was raised speaking Spanish and with black beans and rice and Cuban music Benny Moré and Cuban parties.”

Vigil teaches private chess lessons, after-school chess programs and runs scholastic tournaments. He says it’s a luxury to do what he loves even though he knows it’ll never make him a millionaire.”Chess is a microcosm of life; it’s about making decisions and it’s about living with decisions that we’ve made. We’re not always going to make the right decision and so we want to learn from decisions that we’ve made.”

Vigil was born here in Orlando because of the decision his parents made to flee Cuba after the revolution of the 50s.“The older Cuban generation that exiled are very conservative, very anti-Castro obviously there’s a lot of pain there. They love Cuba and they still do, but they love the Cuba that was,” said Vigil.

A couple of years ago he got to see Cuba first hand on a family reunion visit. He says it was an emotional trip.“It’s got a lot of life, lot of color, people there are musical, very nice. It’s hard to describe but obviously it’s somewhat third world,” said Vigil. Being in Havana felt like being in a time warp. He was surrounded by dilapidated infrastructure, old 1950’s U.S. cars drove by him, and a few Russian ones.

Vigil got to stay in the house where his dad grew up house, a house his grandfather built. His aunt, uncle and his cousins still live in that house and it was quite the reunion. It was the first time his dad had seen his sisters in fifty something years. Vigil’s mom, Dolores, says she got to walk by the school she went to, went to the beaches.

“It’s bittersweet, but to be very honest with you I have Cuba in my heart but I don’t believe that I belong there anymore,” said Vigil. The Cuban exiles in Orlando all have similar stories: of having their lives torn apart, everything taken from them by the government, of suffering human rights violations, property rights violations, family members jailed.

Bertica Cabrera Morris owns a business and government consulting firm. In her office, on the fifteenth floor of a high-rise in downtown Orlando, she points out her high profile friends in framed pictures that cover the walls.“This is a picture of Marco Rubio when he walked into the Senate after the confirmation and I walked in with him,” said Morris. She was born in Havana but raised in Camaguey, in the belly of the island, at 13 she was a promising gymnast.

“If you were in communist Cuba, you had to go to communist school. Second thing, if you were an athlete and I was an athlete many years ago, they would send you to Russia to train,” said Morris.

She said her parents panicked and sent her to Spain and then to California in the 60s. Morris came to Orlando to live with an uncle in 1978 after her mother died of breast cancer. Her parents felt strongly that they would never return to Cuba unless Castro was gone. So for the longest time, Morris put Cuba out of her mind. But now as things change, and flights leave from right here in Orlando, she sees a glimmer of hope–to see the Cuba she remembers.

“Which is the beautiful Cuba that I experienced, the beaches, the beautiful country and respected my parents but want to really one day hopefully to go back,” said Morris.

This surprises her 27 year-old son Peter Crespi. “This is kind of new to me, hearing them say they want to go there; I’ve always said I wanted to go there.” Crespi has never been to Cuba. To him, it is just stories he’s been told. He says he and his friends with Cuban parents have always stressed interest in going there.

“My parents’ generation for the longest time they’ve always said ‘no I’m never going back there, not until Cuba is free.’ So you’re seeing a slight change in their opinions now their saying, ‘oh well maybe now that things are changing a little bit maybe we can go back there,’” said Crespi.

Crespi is a civil engineer with the Florida Department of Transportation. He builds roads and he’s thought about doing that in Cuba someday.

Steven Vigil also yearns to go back, especially now that there are flights out of Orlando. Vigil says he would like to see the embargo, which is still in place, lifted.

“I think the younger generation, like myself, don’t really support the embargo because having been there a couple of years ago we see that it really only hurts the people. It’s time for change, it’s been over 50 years, it’s been half a century,” said Vigil.

Some Cuban Americans are completely opposed to lifting the embargo and angry at the President’s actions to normalize relations with Cuba. At least one Orlando Cuban said he didn’t want to be on record with that sentiment for this story because he worried about implications for his family back home. There’s still a lot of mistrust. One thing exile generations and their American-born children agree on is a wish for the Cuban people to be free.

As business consultant Morris contemplates whether to go back and visit she’s wondered who she would even contact there. But then just last month she got the surprise of a lifetime.“I get a phone call at eleven o’clock in the morning and on the other side there is a girl that says: Bertica, this is your cousin Maggie from Cuba.”

It’s been 55 years since the two last talked. Maggie told her of two other cousins who have kids… more family in Cuba Morris didn’t even know she had.

“I also found out that my parents had three places in Miramar, which is a neighborhood in Havana and one of those apartments she still owns so it’s you know part of our family,” said Morris.

Morris and her son Peter haven’t bought tickets to Cuba and don’t have any sold plans to yet. But as some of the first planes leave the Orlando International Airport to Havana this week, there’s promise of fulfilling dreams, of family reunification and of going home.