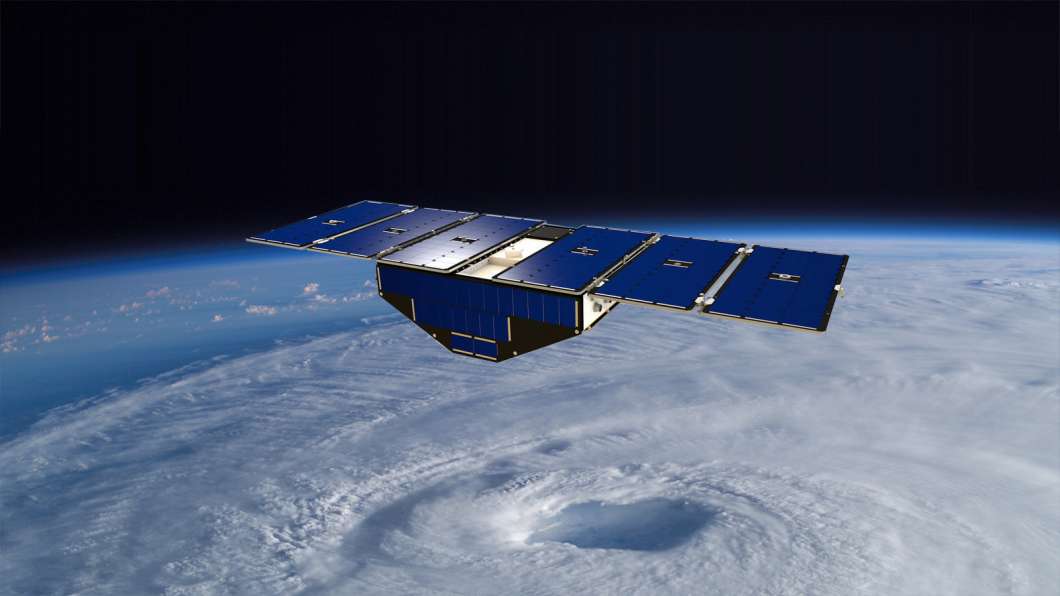 Rendering of the CYGNSS satellite in orbit. Photo: NASA/JPL

Meteorologists are hoping tiny weather satellites will shed some light on how tropical cyclones form.

The fleet of 8 satellites, each about the size of a toaster oven, will scour regions of the tropics looking for cyclone activity.

“This will be a new type of observation,” says Posselt, “specifically targeted in regions we haven’t been able to see before where a lot of that critical development of hurricanes is happening.”

The small-sat constellation picks up on signals being sent down to the Earth’s surface already, like GPS signals, and measures the time it takes to bounce back to space. From there, forecasters can determine wind speeds.

The Cyclone Global Navigation Satellite System (CYGNSS) is run by NASA, but forecasters at NOAA and the US Navy are interested in the data.

The fleet of satellites launches from a Pegasus rocket from Cape Canaveral December 12.