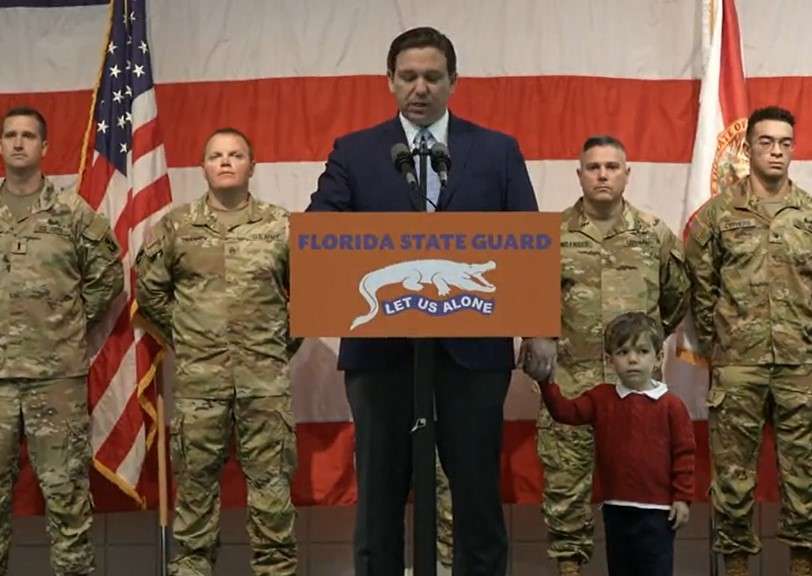 Florida Democratic lawmakers are reacting to Gov. Ron DeSantis’s proposal to form a state civilian military force that answers to him.

DeSantis made the announcement last week.

The Florida State Guard would be called up during emergencies to offer support, quote, “in ways not encumbered by the federal government,” according to a statement from DeSantis’s office.

The governor’s budget asks for $3.5 million to establish the guard and begin training 200 civilian members.

The concept isn’t new – 22 states have similar guards, and Florida had one in the 1940s to augment the Florida National Guard when many members left to serve in World War II.

“This is a governor that has pursued legislation to criminalize acts of protesting,” she says. “This is a governor who has called the media ‘fake news’ and continues to perpetuate polarizing rhetoric and tension between both political parties. He doesn’t seem to have the best interests of Floridians in mind.”

She says while there is money in the governor’s proposed budget for the Florida National Guard, she feels the funds DeSantis requested would be better spent on that existing organization, which has been essential during the pandemic.

DeSantis says the State Guard will further support the Florida National Guard during hurricanes and other emergencies.