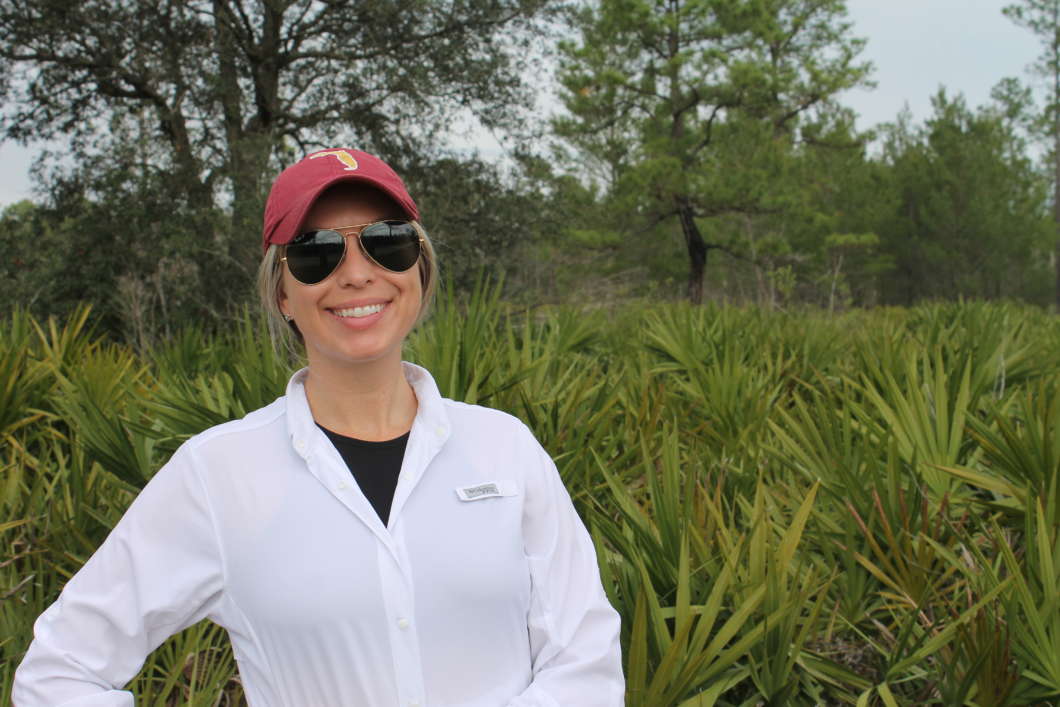 In Seminole State Forest, Traci Deen steps off the trail into the shoulder-high scrub palmetto.

“I’m going to get us into the thick of the scrub,” she says.

Deen of Conservation Florida wants to see a rare Florida scrub jay. The forest northwest of Orlando is home to one of the state’s largest scrub jay populations.

“They are so gregarious,” she says. “They are the type of bird that will land right on your head. They are curious and friendly, and they need Florida scrub to survive.”

The forest is part of a wildlife corridor extending from the Wekiva Basin to Ocala National Forest. Conservationists like Deen want to add another 23,000 protected acres to the corridor under the state’s land-buying program Florida Forever.

“Were the program to be funded in a meaningful and consistent and predictable way we would see an increase in the pace of protection of some of Florida’s most special places,” she says.

A WMFE review of state records shows the lack of funding has left land acquisitions virtually unchanged. The robust conservation effort the Water and Land Conservation Amendment, or at the time Amendment 1, was aimed at restoring has not materialized.

Seminole State Forest is part of a wildlife corridor extending from the Wekiva Basin to Ocala National Forest. Photo by Amy Green

Since 2015 land acquisitions under Florida Forever have averaged some 16,000 acres annually, about the same as what they were between 2008 and 2014 when funding plunged during the recession and former Gov. Rick Scott’s administration.

“We’ve seen the budget numbers come from the Legislature each year, as far as how much they were allocating to the Florida Forever program, and so we certainly didn’t expect to see higher levels of acquisition based off those numbers,” says Jon Oetting of the Florida Natural Areas Inventory at Florida State University.

The amendment was aimed at restoring this funding and reviving a state land-buying program that historically had been the largest of its kind in the country, getting as much as $300 million annually. The amendment called on lawmakers to put a percentage of existing tax revenue raised through real estate transactions toward Florida Forever. Instead lawmakers spent the money on administrative items like salaries. In 2017 they appropriated nothing for Florida Forever. This session Gov. Ron DeSantis has called for $100 million. The Senate wants $125 million, and the House is aiming for $20 million.

A few environmental groups have sued over the issue, accusing lawmakers of misappropriating the funding. An appeals court in September sided with the state, reasoning the measure does not explicitly state the funding has to be spent on land conservation.

“Protecting public lands is really one of the most cost-effective ways to do so many other things that are priorities for the state like protecting our waterways, like making our communities resilient to climate change,” says Aliki Moncrief of Florida Conservation Voters, the coalition behind the amendment.

Some 2 million acres await funding under Florida Forever. Land conservation lies at the heart of many of the biggest environmental problems facing Florida, where break-neck population growth is pressuring fragile natural resources.

Seminole State Forest provides important habitat for the Florida black bear, in a region that is home to the state’s largest population and where bears have become a common nuisance in neighborhoods, in part because their natural habitat is disappearing.

“What we’re trying to achieve is the connection of current conservation lands,” Deen says. “That would provide room to roam for species like the Florida black bear that need room to roam in order to thrive.”

A bill in the Legislature would dedicate $100 million annually for Florida Forever. The session ends March 13.