Fishkind economic conversations: the pandemic-driven surge in domestic migration is likely to continue in 2022 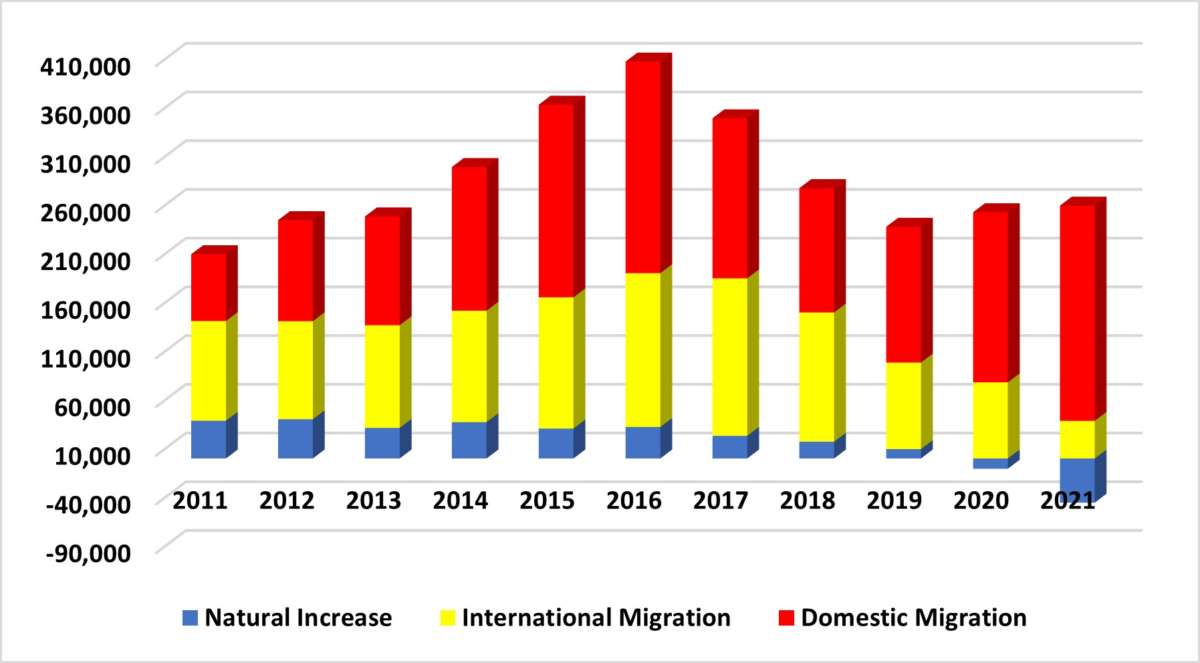 The US population grew by just 0.1 % in 2021. That’s the lowest rate on record according to the Census Bureau’s report released last week.  Birth rates have slowed since 2007, and this year COVID-19 became the 3rd leading cause of death.

Seventeen states lost population, while in other states, including Florida, population growth slowed.

“Even with a slowing population growth, what was really interesting was we had a huge net increase of people moving into Florida, that partially offset the drop in international migration, and the shocking increase in deaths in our state,” said Fishkind.

“And that’s caused our natural increase to go negative by 45,000 last year.”

He said that trend is likely to continue in 2022.

“We have a rising number of people over age 65; that promotes more migration, especially to the south and west. The pandemic has demonstrated that work from home works, both for employers and employees. And so as a result frees them from needing to locate in higher cost areas. And this is transforming our labor markets.”