Fishkind Conversations: The Federal Vaccine Mandate And The Economy 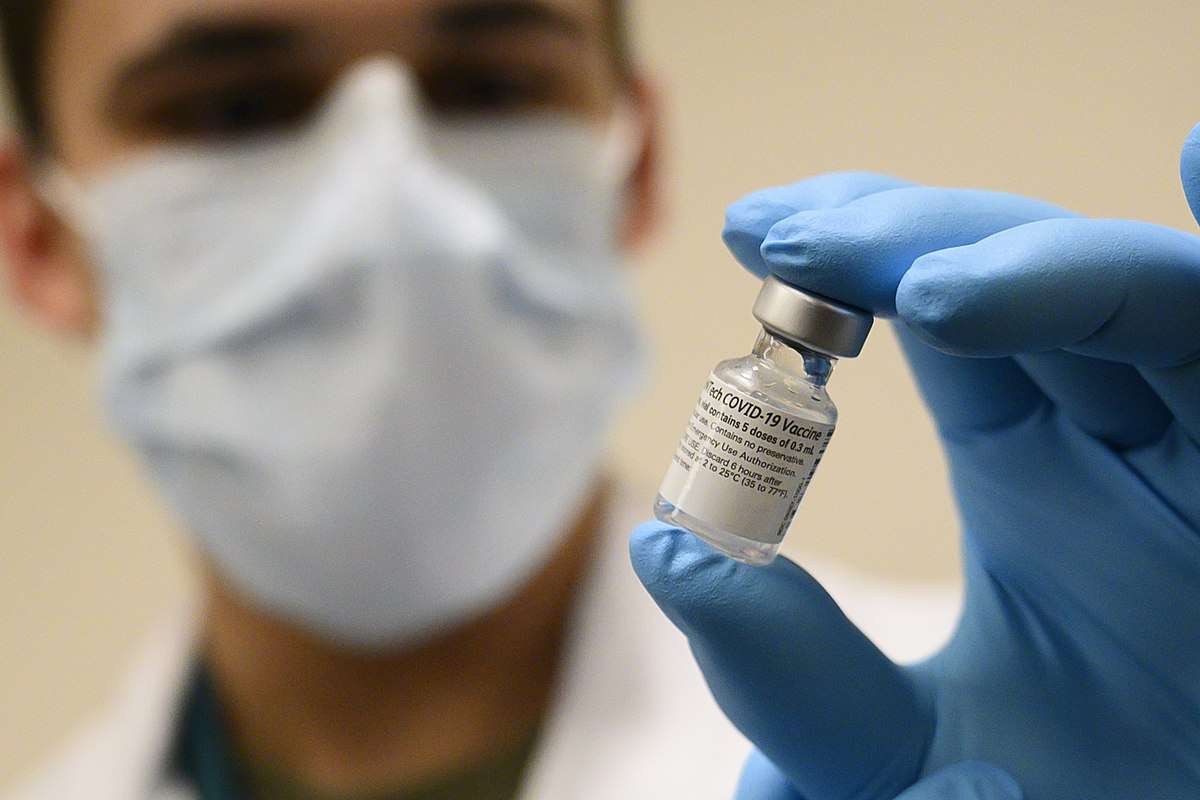 There’s been pushback from a number of Republican governors including Florida Gov. Ron DeSantis.

Economist Hank Fishkind tells WMFE’s Matthew Peddie that in spite of the political headwinds the president’s strategy could help Central Florida’s economy as we head into fall.

Matthew Peddie: Hank, how will the president’s new approach to combat and COVID affect our economy?

Hank Fishkind: Well, I think it’s going to have a very positive effect, Matthew, I mean vaccines along with mandates and testing. We’ve experienced declines in tourism and economic activity with each successive surge in infection rates. And with each surge, the response rate is faster and the impact is larger. So the president’s more muscular approach to combating COVID it’s going to lower infections, and it’ll probably save our winter tourism season.

MP: You’ve talked before about the impact of the surge on our economy.  Airlines now, like JetBlue, Southwest and American are sounding the alarm about slowing sales for air travel. And that could be a big problem for Central Florida’s tourism economy. So tell me more about the data you’re tracking.

HF: Sure. Well, those reports were very telling. But in addition, TSA data demonstrate that the summer COVID surge, you know, is compromising the nascent rebound in air travel. In July, TSA said that we were at 80% of 2019 levels, but in August, it deteriorates a little bit to 77%. And since Labor Day, it’s down to 75%. And as you pointed out, you know, a number of airlines are saying the surge in infections is now causing people to cancel their travel plans. Now, there was some good news: Orlando International Airport reported that more than 300,000 passengers flew out over the holidays, and that’s more than they saw in 2019. But I’m afraid that it can’t last with the surging infections. And on top of that Open Table reported a significant deterioration in the volume of seated diners in August and September, across the country, and particularly in states like Florida that had high infection rates.

MP: Many Republican governors including South Dakota’s Kristi Noem, Greg Abbott in Texas and Governor Ron DeSantis in Florida claim that the vaccine mandate is unconstitutional and they say they will fight it. However, is there any evidence, Hank, that vaccine mandates work?

HF: Yes, there is really strong evidence that they work Matthew. Starting back in April, Houston Methodist Hospital was one of the first to mandate vaccinations for all of its staff, with limited exceptions on religious grounds. And since then, 99% of their staff is vaccinated, and very few resigned. Fast forward and since the Pentagon announced last month that active duty military personnel would be required to be vaccinated, their vaccination percentage rose to 83% from 76%. And no service members have yet taken any legal action. So it’s pretty clear that mandates work.

MP: But that’s individual companies and organizations. And presumably in those cases, elected leaders weren’t vowing to fight those mandates. I kind of wonder how those organizations will cope with the disconnect between state and federal directives.

HF: Yeah. Well, I think the evidence from our cruise ship industry tells us a lot, Matthew. I mean, despite the prohibition for vaccine passports and verification, many of the cruise ship [companies] decided they had to do that. They can’t land in the Bahamas without it. Many just, you know, brought court action. So I think you will see the same thing. I think private businesses will navigate this well.

MP: Okay, so how do our vaccination rates compare to other states and other countries?

HF: It’s terrible. I mean, we rank last among the group of seven developed nations for the percentage of population that has received a vaccination. Here in Florida. 55% of the population is fully vaccinated. Now, that’s slightly better than the US average of 53%. You know, but I was surprised to learn how variable this can be. Florida has one of the lowest vaccination rates for people living in nursing homes, just 74%. So so given our low levels of vaccination, regrettably mandates are now necessary to protect our citizens and to protect our economy.

MP: Hank, you’re concerned about the economic outlook this fall. Why is that?

HF: Matthew if we fail to get the infection rates down, our tourism season is going to be jeopardized and the economic recovery will be put at risk. And second, some of the most important federal supports to the economy have expired. These include that extra unemployment insurance and protection against evictions. Now, Florida in general, and Central Florida in particular is going to suffer magnified impacts from these expirations, because of the incomplete level of our economic recovery and the relatively low level of incomes. This just makes us vulnerable. And third, infection rates are escalating in our schools. Two thousand students are quarantined in Orange County, 6000 in Hillsborough, 8000 in Lake, Seminole and Osceola combined, compared to last year, at this time, only 88 students in Orange County were in quarantine. So, you know, there’s a potential for another real surge in infections, and the surge in the schools has major economic consequences for parents and of course for the children.

MP: Do you think the President’s new initiative will work?

HF: Yeah. Absolutely I do think it’ll work. I think these mandates and other things will work to push down infection rates, and they’d work even better if political leaders like our governor realized the necessity of mandates at this point in time, and reversed his ill-considered policies against masks and vaccine proofs and mandates, because all of these things are needed now to protect our citizens and to protect our economy.

MP: Dr. Hank Fishkind is the president of Fishkind litigation services. Hank, thanks for speaking with us.