First U.S. Astronaut Launch Since Shuttle Gets A Date 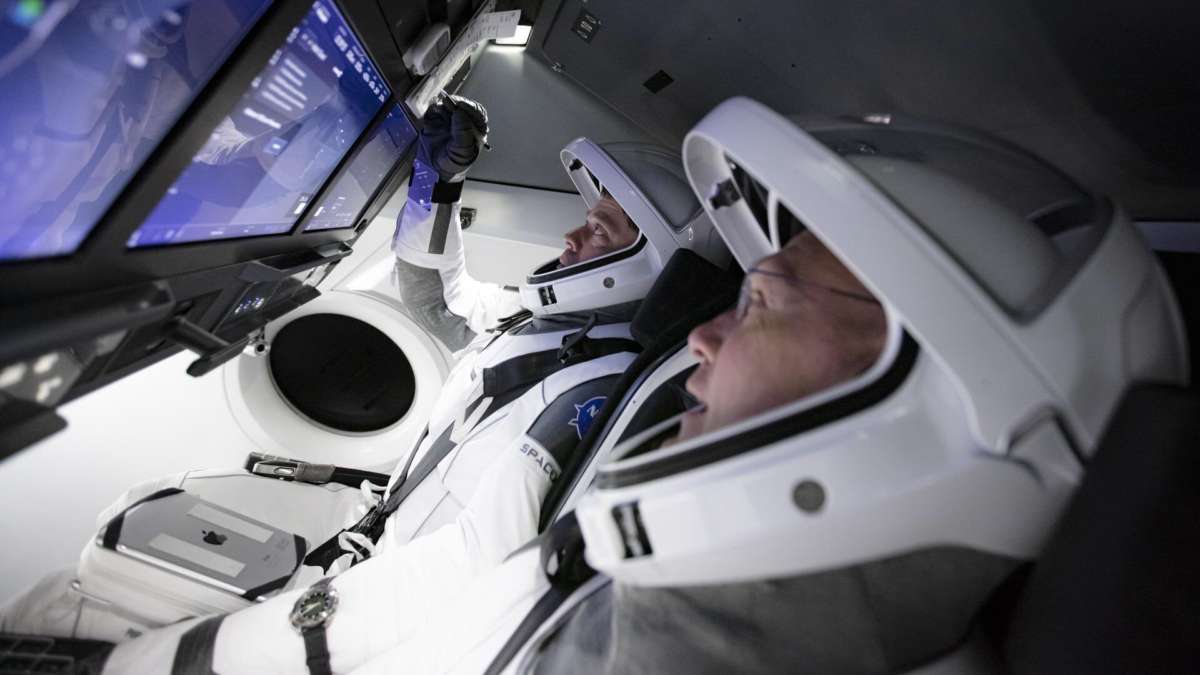 NASA has set a date for the launch of SpaceX’s capsule designed to fly humans from Kennedy Space Center – carrying two NASA astronauts.
The launch aims to end a nearly decade-long gap of human-crewed launches from the U.S. since the end of the space shuttle program.

On May 27, NASA and SpaceX say they will launch veteran astronauts Bob Behnken and Doug Hurley from Kennedy Space Center to the International Space Station.

BREAKING: On May 27, @NASA will once again launch American astronauts on American rockets from American soil! With our @SpaceX partners, @Astro_Doug and @AstroBehnken will launch to the @Space_Station on the #CrewDragon spacecraft atop a Falcon 9 rocket. Let’s #LaunchAmerica 🇺🇸 pic.twitter.com/RINb3mfRWI

It’s the first human test mission for NASA’s Commercial Crew program – a $6 billion partnership with private companies SpaceX and Boeing to ferry astronauts to the ISS.

Since the end of the shuttle program, NASA has relied on the Russian space agency for rides to the station.

An uncrewed test mission of Boeing’s astronaut capsule failed back in December. The company says it will try once more before attempting to launch astronauts.