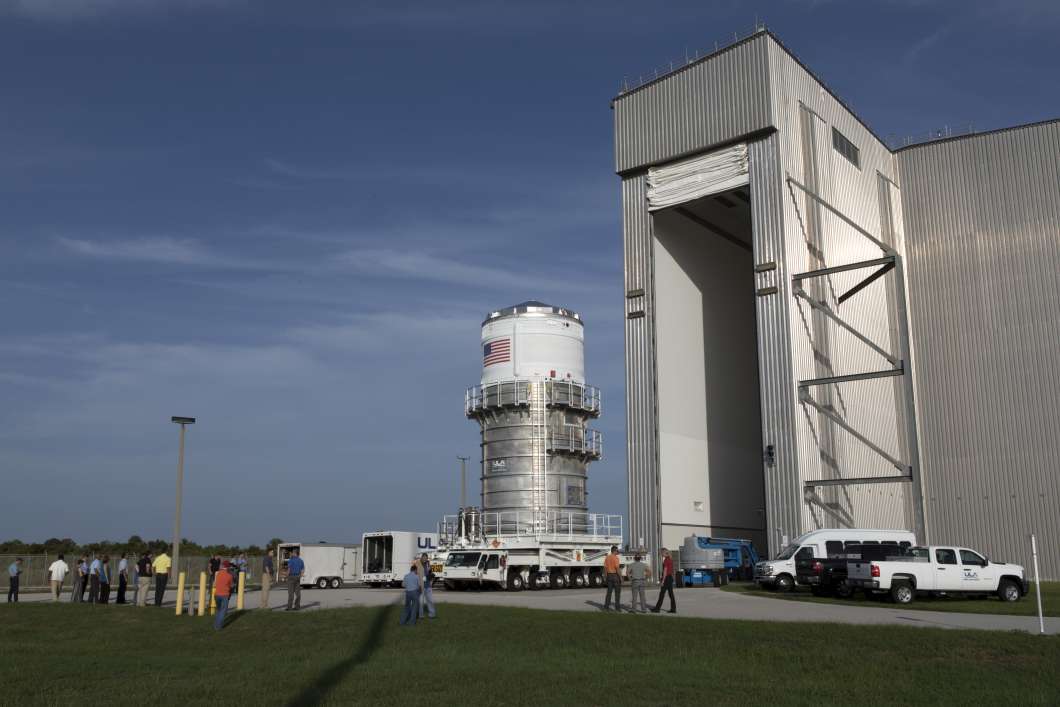 The first pieces of NASA’s next-generation rocket, the Space Launch System (SLS), have arrived at the Kennedy Space Center.

The S-L-S rocket is slated to send humans into deep space – the first time since the moon missions of the 1960s.

The rocket is being built at the Kennedy Space Center, ahead of an uncrewed test flight in 2019. Its job is to loft the Orion space capsule into an orbit around the moon and back, testing the flight hardware before a crewed mission in the early 2020s

The rocket’s  Interim Cryogenic Propulsion Stage (ICPS) upper state stage is the first piece of hardware to arrive at the Kennedy Space Center. Once the stage is in orbit, it will give Orion the big push it needs to fly around the moon.

Crews transported the ICPS from United Launch Alliance’s facility at Cape Canaveral Air Force Station, where it had been undergoing final testing and checkout since arriving in February, to the Space Station Processing Facility at the center.

SLS is being assembled inside the Vehicle Assembly Building – the former home of Saturn rockets and the Space Shuttle.

LISTEN: How NASA is transitioning the Vehicle Assembly Building to build SLS. (Podcast)