First Responders in Florida Aren’t Covered for PTSD. That May Change After Parkland. 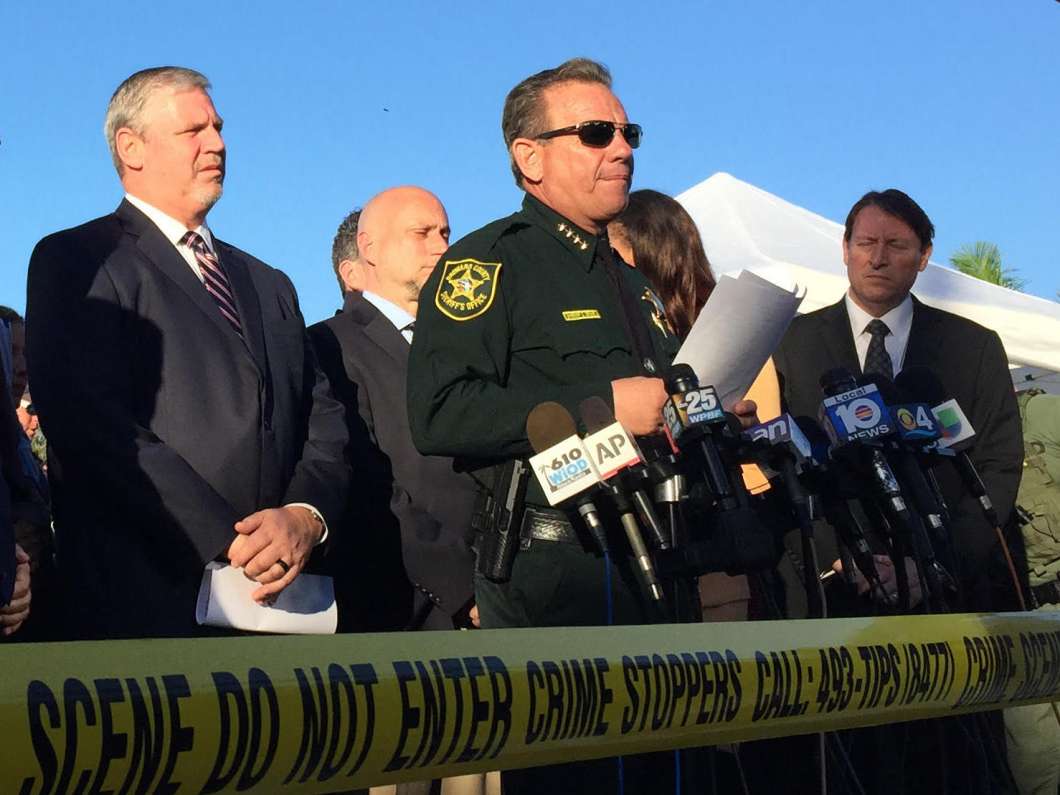 Update, March 5, 2018: The Florida Senate unanimously passed a bill on Saturday that would provide lost wages to first responders disabled with PTSD. The Florida House passed the bill on Monday. It will now head to Gov. Rick Scott.

At least three first responders to the 2016 Pulse nightclub shooting in Orlando, which killed 49 people, have publicly disclosed that they have a PTSD diagnosis, and advocates have been trying to expand workers’ compensation coverage in Florida since then. A bill to address that failed in Florida’s Republican-dominated Legislature last year, and a similar measure’s prospects were uncertain this year.

After the Feb. 14 high school shooting in Parkland, in which 17 people died, the bill gained momentum, though only a few days are left in the legislative session. On Monday, the measure unanimously cleared its final committee hearing in the Florida House, the last step before a floor vote. Today, it passed its final Senate committee.

This article was produced in partnership with WMFE, which is a member of the ProPublica Local Reporting Network.

Orlando Rep. Carlos Guillermo Smith lost a friend in the Pulse nightclub shooting. But he also became friends with another man who was pulled from the club by Omar Delgado, an Eatonville police officer diagnosed with PTSD after the shooting.

Smith, a Democrat, voted for the bill to expand coverage Monday, along with 18 other members of the committee.

“Many of the first responders from the mass shooting in Parkland are going to need this bill,” Smith said. “Some of them probably don’t even know it yet.”

PTSD, which is characterized by reliving an event through flashbacks and nightmares, often isn’t diagnosed immediately in the aftermath of a tragedy. Being hypervigilant and startling easily are normal reactions to experiencing or witnessing trauma. It becomes a disorder if the symptoms don’t subside in a month or two, or start causing trouble at home or at work.

To try to head it off, officials from the International Association of Fire Fighters flew into Florida the same night as the Parkland shooting to work with first responders and help them deal with their emotions. Fourteen students and three staff members died that day; 18 others were wounded but survived.

The team from the firefighters union included people who have had PTSD themselves and responded to incidents like the Columbine High School shooting. It’s something they’ve done after every major event in recent memory — from the Pulse nightclub shooting to the Oct. 1, 2017, attack in Las Vegas, the deadliest mass shooting in modern U.S. history.

“There is a fear that if you reach out for help within your own department, there may be adverse action,” said Jim Brinkley, the director of occupation health and safety for the union. “You may be removed from duty, you’re not allowed to get back on the rigs. By having those who serve outside the area come in, we find the members are more likely to open up and tell us exactly how they’re feeling.”

Lt. Rob Ramirez, a firefighter with the city of Margate, was dispatched to the casualty collection point during the Parkland shooting. There, people who were injured inside the school were assessed and treated before going to the hospital.

Ramirez said the scene was chaotic, and that first responders were overwhelmed with victims who had what he called “battlefield” injuries. Two shooting victims died at the triage scene.

“We transported a total of 14 victims off scene, all of them with major traumatic injuries,” Ramirez said. “As you can imagine, these small frame, small-bodied high school children taking these large caliber weapons, multiple rounds, to the torso, legs, arms, extremity. It was very chaotic.”

Ramirez said he’s “doing well” since the event, but he thinks about it often. And he worries about PTSD developing in the Parkland first responders.

PTSD isn’t talked about as much as other job hazards facing first responders and, indeed, Florida law doesn’t fully deal with it. Right now, Florida first responders can get medical coverage under worker’s comp if they get PTSD on the job, but not lost wages. About a third of states have similar laws.

If they need time off work to go into treatment, or the PTSD is so bad as to be disabling, they must also have a physical injury to have their salaries covered.

Gerry Realin, an Orlando Police Department officer on the hazmat team, left a family vacation the morning after the Pulse nightclub shooting to respond. His job was to document and process the 49 dead inside the club. He spent four or five hours inside Pulse, with no air conditioning in a sweltering Florida summer, wearing a hazmat suit with no helmet. His boots turned yellow and then red from the blood and body parts.

The sights and smells left Realin with PTSD. He has flashbacks. Depression. Difficulty sleeping. The PTSD didn’t get better.

“If he had sustained even a minor accompanying physical injury, he would be entitled to both medical and indemnity benefits,” Pitts wrote. “To change this outcome would require action by the Legislature, should they deem it necessary.”

Realin’s wife, Jessica, has made it her mission to change the law. When she heard there were still bodies inside Marjory Stoneman Douglas High School the day after the shooting, she started to cry, thinking about someone doing the same job as her husband after Pulse.

“I promise you, [PTSD] is an ugly monster that will consume your entire world and tear you apart from the inside out,” Jessica Realin said. “If this bill doesn’t get passed, I don’t know how many more first responders we’re going to lose to this illness.”

Florida Rep. Matt Willhite, a Palm Beach representative who’s also a firefighter and paramedic, said first responders doing triage at a scene like the one in Parkland have to decide which children can be saved and which are too far gone.

“Now they’re gonna start thinking — could I have done something for another one? Could we have stopped this tragedy?” said Willhite, a Democrat. “Seeing the visions and thoughts and sights of the horrific aspect of this. But not to mention, they don’t get to just turn it off because every news channel they turn on right now, it’s all over the news.”

Willhite, a sponsor of the bill expanding coverage, said the Parkland shooting shows there could be another event, or even just a bad 911 call that puts someone over the edge. He said he doesn’t want the death toll attributable to the Parkland attack to include “first responders who take their life because of this.”

Until now, the bill’s main sticking point has been financial.

The Florida League of Cities prepared a white paper looking at the costs to local governments. It assumed that, of the 81,470 first responders in Florida, 2.1 percent to 6.4 percent would get PTSD in a given year. It assumed that every one of those responders would take six months or a year off work.

“There’s a significant financial impact by putting this benefit into law,” said David Cruz, a lobbyist with the Florida League of Cities, told lawmakers at a committee hearing last month.

Such concerns tanked the bill last year. It got one hearing, at which Realin brought half-a-dozen first responders and widows who had lost first responders to suicide to testify and lend their support. After 25 minutes of testimony, lawmakers in the committee unanimously approved the measure.

But the bill never advanced beyond that stage. This year, the bill had more momentum; even before Parkland it had gotten four unanimous “yes” votes in committee.

Still, it had three more committee hearings to clear before the full House and Senate could vote, and in one case, it didn’t make it on the agenda until the committee’s last hearing. Until this week, the bills were different in the House and Senate, and there were fears it would die in committee again.

On Monday, two hours before the bill was going to be heard in its first committee hearing since the Parkland shooting, Florida’s chief financial officer, who is also the state’s fire marshal, sent a press release calling the Florida League of Cities’ opposition to the bill “disgraceful.” He called the league’s report flawed and said the group doesn’t “care about the first responders who make up the communities they represent.”

At the hearing two hours later, Cruz, the Florida League of Cities lobbyist, stepped up to the microphone. But instead of talking about the costs of the bill, as he had at every previous committee hearing, he told lawmakers the league now supports the bill.

The bill could go to the floor of the House Friday for first reading; it is also expected to be considered by the Senate soon.

Abe Aboraya covers health care for WMFE, an NPR affiliate in Orlando. This year, he is focusing on the toll post-traumatic stress disorder takes on first responders. Email him at wmfe@propublica.org and follow him on Twitter @wmfehealthnerd.