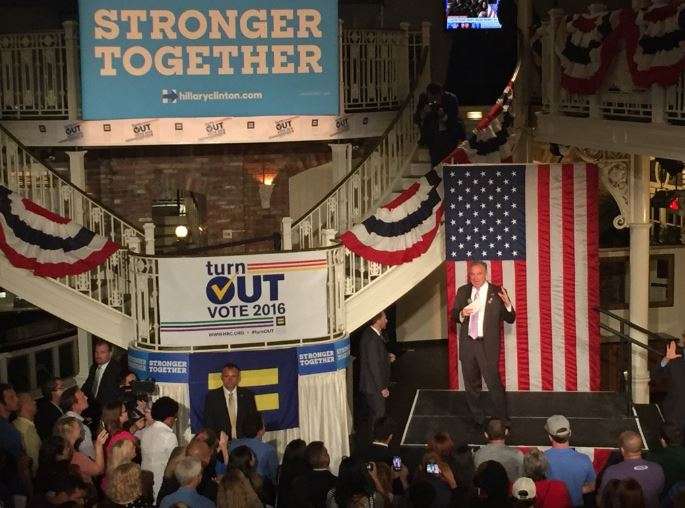 The Virginia senator spoke to long-time supporters, undecided, and unaffiliated voters at a debate watch party hosted by Orlando’s Human Rights Campaign, an advocacy group for central Florida’s LGBT community. He cited election polls that have been portraying a tight race between Clinton and Republican presidential candidate Donald Trump and insisted that the first presidential debate would reveal which candidate is honest and open.

Kaine urged supporters to keep spreading the message of equality and inclusion up until the election.

Not far from downtown Orlando, Donald Trump supporters watched the debate. The campaign has pointed out flaws with democratic candidate Hillary Clinton, labeling her as a liar using the moniker “Crooked Hillary.”

Donald Trump is expected to speak in Melbourne Tuesday night for his first rally since the debate.

Hillary Clinton is scheduled stump in south Florida on Friday.