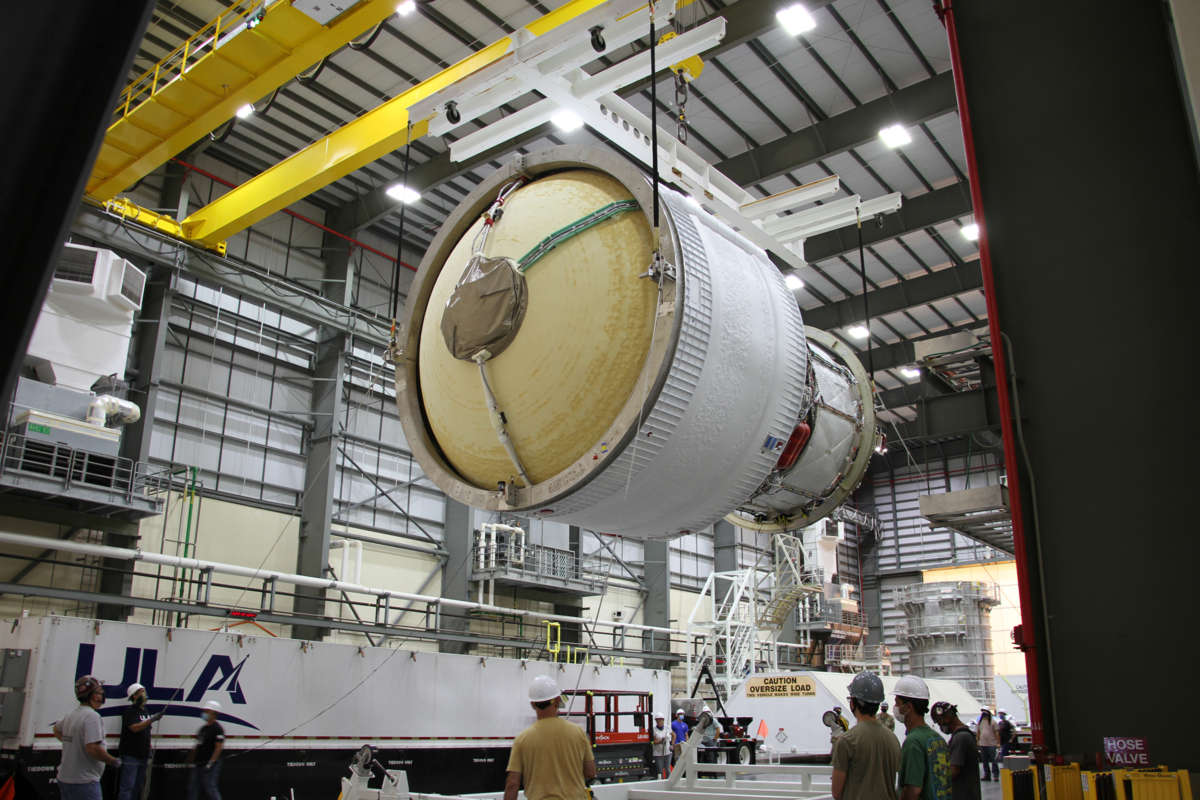 The first piece of NASA’s moon rocket that will carry astronauts has arrived in Florida.

It’s called the Interim Cryogenic Propulsion Stage, or ICPS, and it’s responsible for giving an in-space boost to NASA astronauts in the Orion capsule and sending them on a precise trajectory to the moon.

It’s the first piece of hardware for NASA’s Artemis II mission, a planned crew mission that will take astronauts around the moon and back, launching on the agency’s SLS rocket.

NASA is making final preparations for its Artemis I mission, an uncrewed flight of Orion that will pave the way for the following astronaut trip and could launch as early as November.

The Artemis II rocket part was manufactured by private companies Boeing and United Launch Alliance at a facility in Alabama. The stage is undergoing final check out at Cape Canaveral Space Force Station before heading to Kennedy Space Center for final assembly.