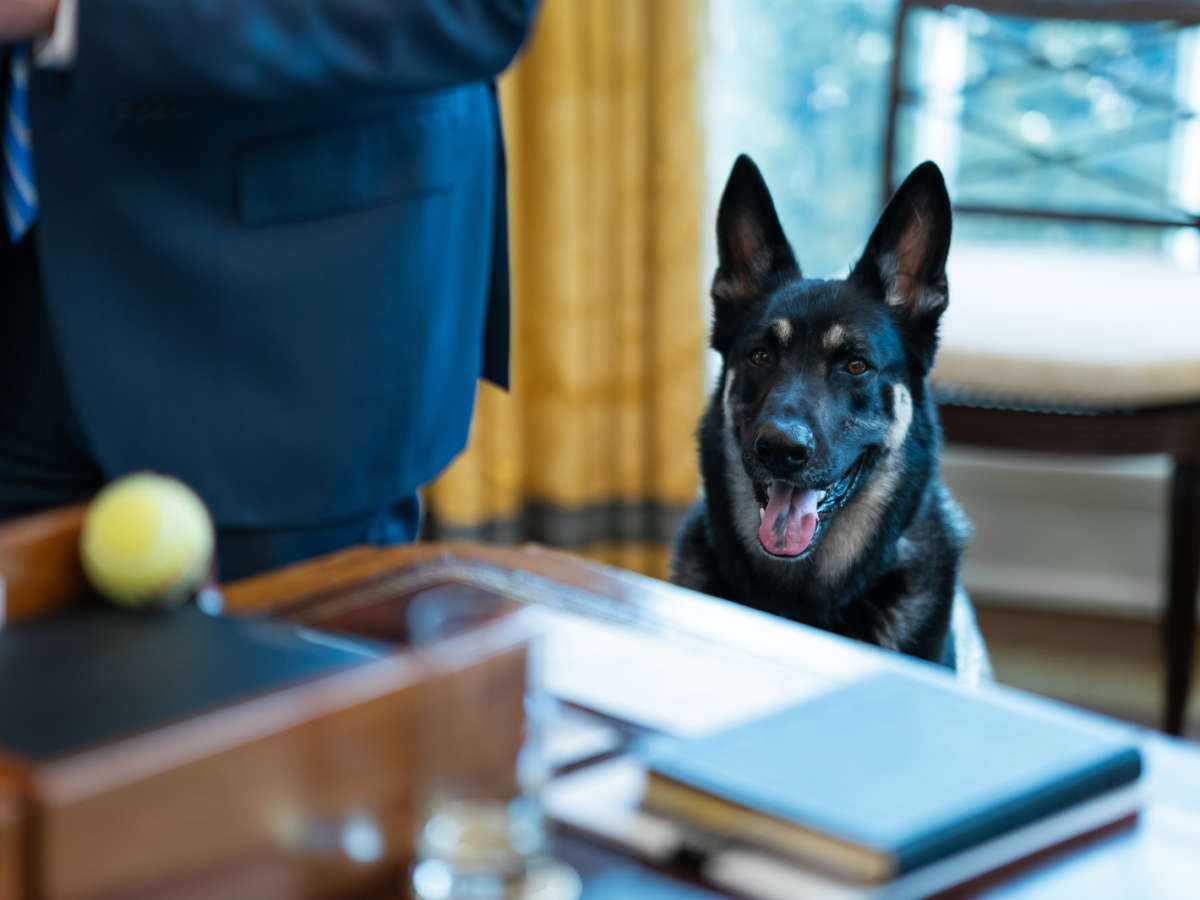 Major Biden, pictured in the Oval Office on March 4, reportedly received remedial training while staying at the family's Delaware residence in mid-March. He and fellow German shepherd Champ Biden were confirmed back at the White House on Wednesday.
Image credit: Adam Schultz

First dogs Champ and Major Biden are back in Washington, D.C., after spending part of the month in Delaware, where Major underwent remedial training after causing a “minor injury” at the White House.

Michael LaRosa, spokesman for first lady Jill Biden, confirmed to NPR on Wednesday morning that the dogs are at the White House, but did not specify when they returned. One of the family’s two German shepherds can be seen on an Executive Residence balcony in a photo snapped by Reuters correspondent Jeff Mason on Monday night.

The news comes a week after President Biden defended Major in an interview with ABC’s Good Morning America, calling the 3-year-old a “sweet dog” who was just startled by an unfamiliar person in his new home.

“You turn a corner, and there’s two people you don’t know at all,” Biden said. “And he moves to protect.”

He added that Major “did not bite someone and penetrate the skin.”

White House press secretary Jen Psaki told reporters earlier this month that Major “reacted in a way that resulted in a minor injury” to the unnamed individual, with NBC News reporting that he nipped the hand of a Secret Service agent.

Psaki said that both dogs had been sent to the Bidens’ home in Wilmington, Del., as part of a previously planned visit while the first lady was traveling.

Major got some remedial training while he was there, according to Biden, who stressed that the rescue dog is still adjusting to his new environment.

The Bidens fostered and then adopted Major from the Delaware Humane Association — where his litter of six puppies was dropped off in poor condition after ingesting an unknown toxic substance — in 2018. According to the shelter, Biden was looking for a companion for Champ, who is now 12 years old.

Major is, famously, the first dog to go from a shelter to the White House — a historic journey that now also includes a brief detour to the dog house.