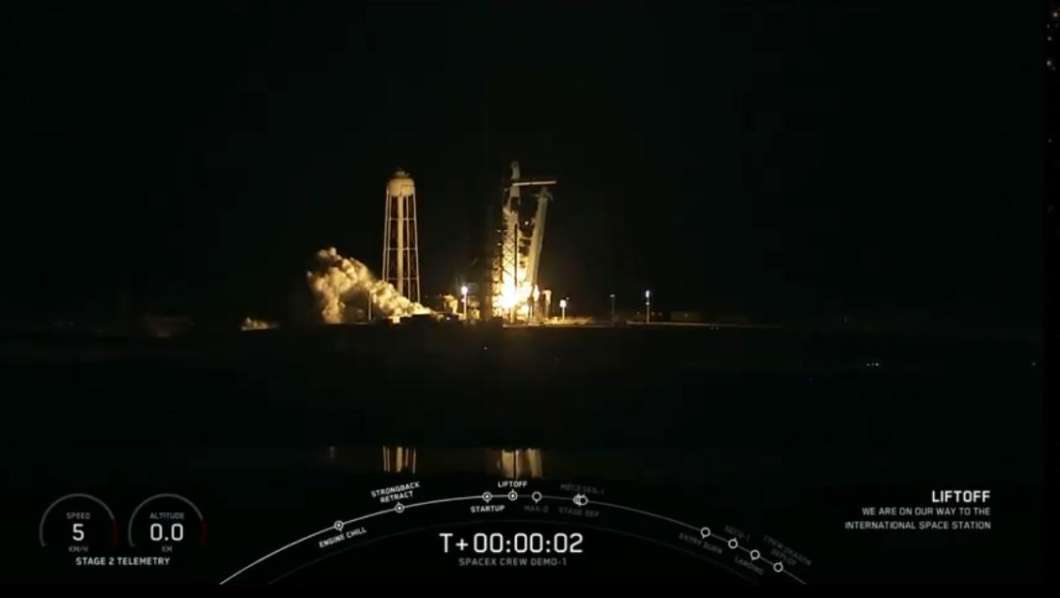 The mission is a part of NASA’s Commercial Crew Program – a partnership with private companies SpaceX and Boeing to launch astronauts to the station from U.S. soil.

The capsule is carrying about 400 pounds of crew supplies and a mannequin named Ripley to the station, where it will autonomously dock to the ISS Sunday morning.

It’s a critical test of SpaceX’s Crew Dragon. If all goes well, SpaceX will launch humans on the Crew Dragon as early as this summer.

The capsule will spend about five days at the station before returning to Earth, splashing down off the coast of Florida.

Since the end of the shuttle program in 2011, NASA has relied solely on Russia for rides to the station.

Boeing is targeting a similar uncrewed mission to the station with its Starliner capsule later this year.