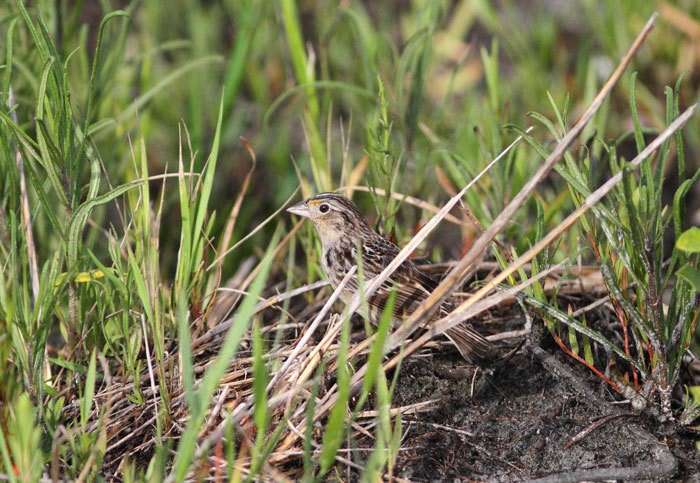 Wildlife managers are celebrating a significant milestone in a more than $2 million effort to rescue North America’s most endangered bird from extinction.

After the first captive-raised Florida grasshopper sparrows were released last year to the wild, some now are beginning to breed.

Less than two months into the breeding season at least two captive-raised Florida grasshopper sparrows have fledged young on the Central Florida prairie, their native habitat.

Mary Peterson of the U.S. Fish and Wildlife Service says it’s a big achievement in a groundbreaking effort: Never before has a sparrow species been bred in captivity and released.

At last count some 80 Florida grasshopper sparrows were left on the Central Florida prairie, the only place on Earth where they are found in the wild.

About 100 were released last year, and already this year 50 have been released.

Ashleigh Blackford of the U.S. Fish and Wildlife Service says the milestone is good news for other species.

“One of the things that we’ve kept in mind as we’ve been learning the lessons, learning how to bring the Florida grasshopper sparrow into captivity and breed it successfully, is that this work ultimately might be needed for other species like the Cape Sable seaside sparrow.”