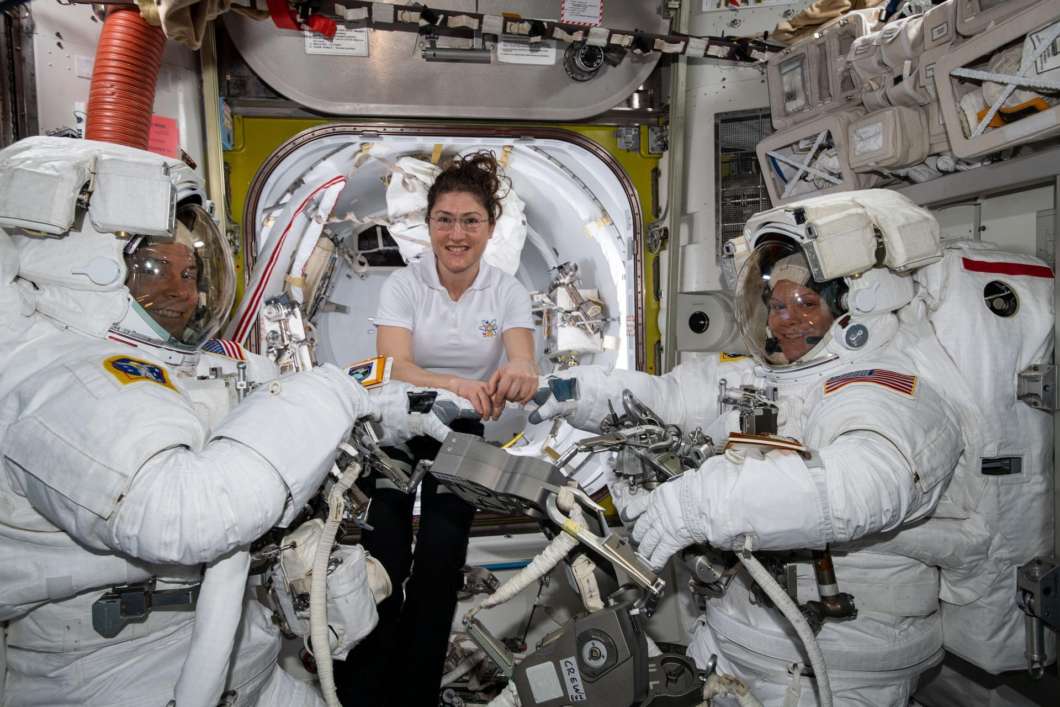 NASA astronaut Christina Koch (center) assists fellow astronauts Nick Hague (left) and Anne McClain in their U.S. spacesuits shortly before they begin the first spacewalk of their careers. Hague and McClain worked outside, in the vacuum of space, for six hours and 39 minutes on March 22, 2019, to upgrade the International Space Station's power storage capacity. Credits: NASA

NASA is no longer planning the first all-women spacewalk this week. There aren’t enough space suits that fit.

However, on a spacewalk last week, McClain found that a medium-sized version of the space suit’s inner piece fit her best — and there is only one that would be available before the spacewalk on the station.

“We have more than one medium size spacesuit torso aboard, but to stay on schedule with International Space Station upgrades, it’s safer and faster to change spacewalker assignments than reconfigure spacesuits,” NASA said in a statement.

So instead, NASA astronaut Nick Hague will join Christina Koch to replace the station’s batteries. She will become the 14th woman to perform a spacewalk.

NASA is about halfway through replacing the 48 batteries on the station with the newer ones. McClain and Hague spent about six hours last week upgrading the station’s old nickel-hydrogen batteries with more powerful lithium-ion batteries.

McClain will perform an additional spacewalk — a third in this series — April 8 with Canadian Space Agency astronaut David Saint-Jacques.

Note: This story has been updated after NASA released a statement clarifying the availability of the suits.