‘Firekeeper’s Daughter’ Forges A New Path Between Cultures And Genres 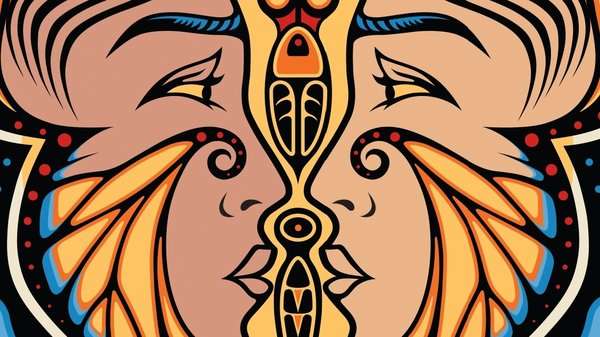 Daunis has spent her life balancing between two identities. Her father was a hockey star from the Sugar Island Ojibwe reservation, and her mother is the daughter of one of Sault Ste. Marie’s most prominent families. Her connection to her Anishinaabe family is strong, but as an unenrolled tribal member, she feels like everyone questions her belonging. And on the other side, she’s subject to all the micro-aggressions and racism that the Sault has to offer.

Her plans to go away to the University of Michigan to study medicine are derailed when there’s a death in her family, and she resigns herself to spending a year at the local community college. It isn’t all bad — at least she’ll be with her best friend Lily. Also intriguing is the appearance of Jamie, a new hockey player who has joined the high school team and befriended Daunis’ brother. But as she starts to fall for him, it begins to seem like Jamie isn’t quite who he says he is.

When a new tragedy strikes, Daunis becomes enveloped in an FBI investigation of a dangerous drug that may be coming from Sugar Island. This hallucinogenic form of meth has already begun to tear her community apart. But joining the investigation could prove every bit as damaging. It’s hard for her to trust the authorities when they have a history of terrorizing her people, and once she agrees to go undercover, she realizes that the corruption runs deeper, and much closer to home, than she ever could have imagined.

Some books take you where they’re going with such confidence and grace that you find yourself at the end, breathless and hard-pressed to believe that it’s over. It’s an impressive feat for a debut novel — especially one in a genre that requires such precision. Firekeeper’s Daughter has a riveting plot that has all the hallmarks of a crime thriller while simultaneously questioning all the assumptions that the genre usually makes about policing and justice. I hit the middle and then couldn’t put it down.

But Firekeeper’s Daughter is so, so much more than a thriller or a mystery. The author’s love for and connection to her culture is so deeply engraved into the very heart of this book and it beats in rhythm with each new plot development. As a non-Indigenous reader, every depiction and explanation of Ojibwe philosophy and traditions felt like a gift, and every depiction of injustice felt like a call to action. There has long been a need for more books that depict Indigenous people as living people in our modern world rather than as a romanticized and often inaccurate fairytale of the past, and Firekeeper’s Daughter carries that torch brightly. I can only imagine the impact it will make for teens who identify with Daunis and her cultural experience to see themselves reflected so beautifully in literature.

There are many things in this book that are hard to bear. It contains drug use, racism, murder, and sexual assault. None of these moments are gratuitous — they are all depicted with compassion and great care, and I think they are necessary when considering the deeper issues that run through the book — particularly the ongoing tragedy of Indigenous women being murdered and assaulted at a disproportionate rate. But some readers may need to prepare themselves for potentially triggering scenes.

A big part of why I felt safe as a reader, despite so many harrowing elements, is Daunis herself. Impulsive, opinionated, and clever, she feels like a friend by the end of the book. She shouldn’t have to make the decisions that fall upon her or suffer the hardship she endures. She finds the strength she needs inside herself and through her connection to her family and heritage, and her empowerment is beautiful to watch.

It’s rare these days that a book leaves me feeling bereft at the end because I’m not ready to say goodbye. Firekeeper’s Daughter forges a new path, creating a deeply engaging mystery that illuminates far more than the expected whodunnit. Whatever Boulley writes next, I will be the first in line to read it.

Caitlyn Paxson is a writer and performer. She is a regular reviewer for NPR Books and Quill & Quire.