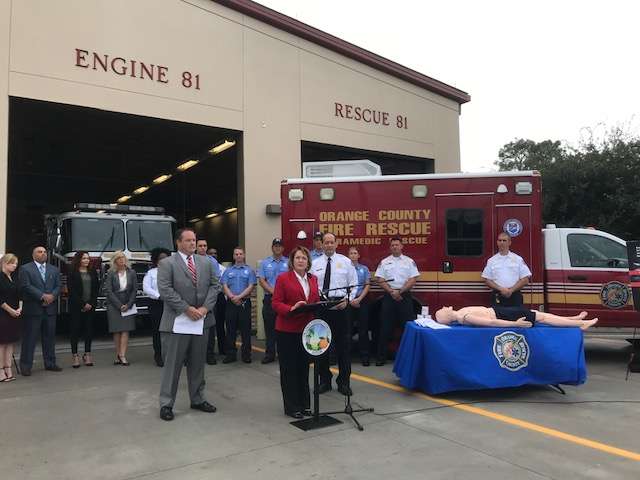 Orange County resident and medical student Austin Coye came up with Project Leave Behind after working with a naloxone distribution program at the University of Miami. She says each of the 361 kits that Orange County Fire Rescue will distribute to people at high-risk of overdose and their families include:

“naloxone and a treatment information for their loved one when they get back. Because this is not just about reaching the person who overdoses. But reaching a community of injection drug users and people at risk in Orange County.”

Orange County Mayor Teresa Jacobs says she hopes it reduces some of the stigma around addiction.

The medical examiner’s office says in the first eight months of 2018, there were 34 heroin-related deaths and 137 fentanyl-related deaths in Orange County.