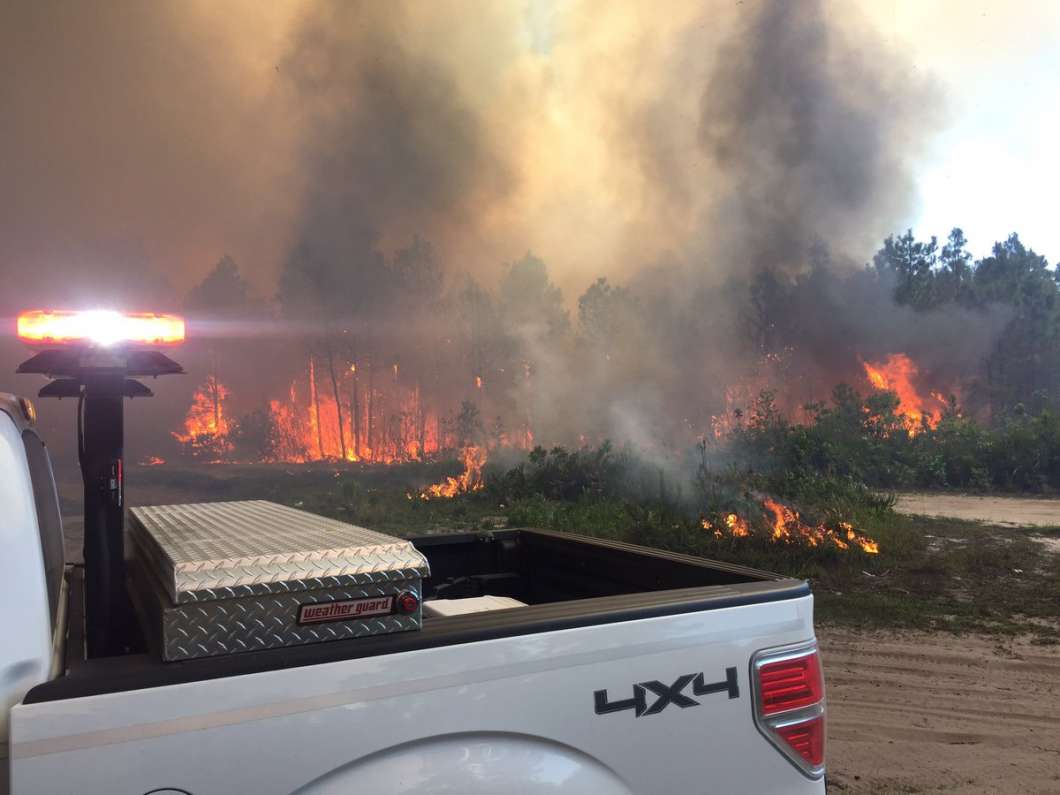 The Forest Service says a brush fire near International Drive in Orlando is now 50% contained. The fast moving fire near I Drive and Daryl Carter Parkway burned 300 acres.

Crews from Orange County Fire Rescue and the Forest Service are on the ground. A helicopter and bulldozers are also being used to fight the fire.

“There are no reported injuries and while there are no road closures at this point, we are asking the public to stay clear of the area,” said Nieves in a statement.

Orange County Sheriff Office Captain Sandy Carpenter says that officials are keeping an eye on the area, but residents need to keep an eye on the blaze.

“If you live in the area you need to know the direction of the fire and that it’s in the swamp and it’s not advancing on your home. We’re obviously going to watch Williamsburg, the subdivision down there, and the folks that might be elderly or not able to move in a hurry, we’re going to make sure it doesn’t advance to quickly towards that particular subdivision without us having a head start,” Carpenter told reporters.

“During this time of year, this is our dry season, so we’ve had multiple brush fires, our goal is to always get there quickly and get there when their small and contain them, but when you have red flag days like this they spread very rapidly,” he said.