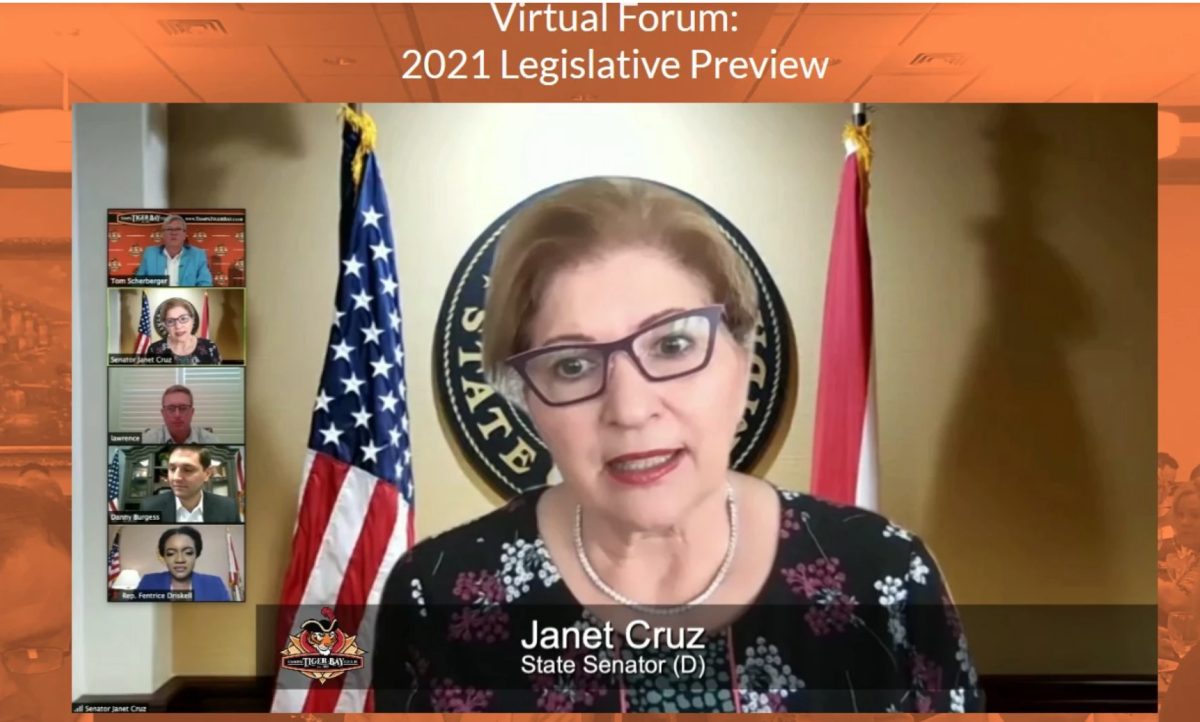 Several lawmakers talked about their priorities for the upcoming legislative session Friday at the Tampa Tiger Bay Club. WUSF’s Steve Newborn reports just finding enough money to pay for them could be their first challenge.

The state is facing a $2.7 billion dollar shortfall this year, aggravated by business shutdowns during the pandemic. State Senator Janet Cruz, a Democrat from Tampa, says she’ll try to find alternative sources of money.

“My priority will be to make sure that services that have been available to those in Hillsborough County and Tampa Bay, to make sure that those services don’t suffer, because that seems to be the area that takes the biggest hit.”

Cruz is supporting a bill that would levy a sales tax on internet sales done from out-of-state companies. The bill’s sponsor, Republican Joe Gruters of Sarasota, estimates it could raise more than one billion dollars in additional revenue.

Florida is one of only two states that don’t levy such a tax.