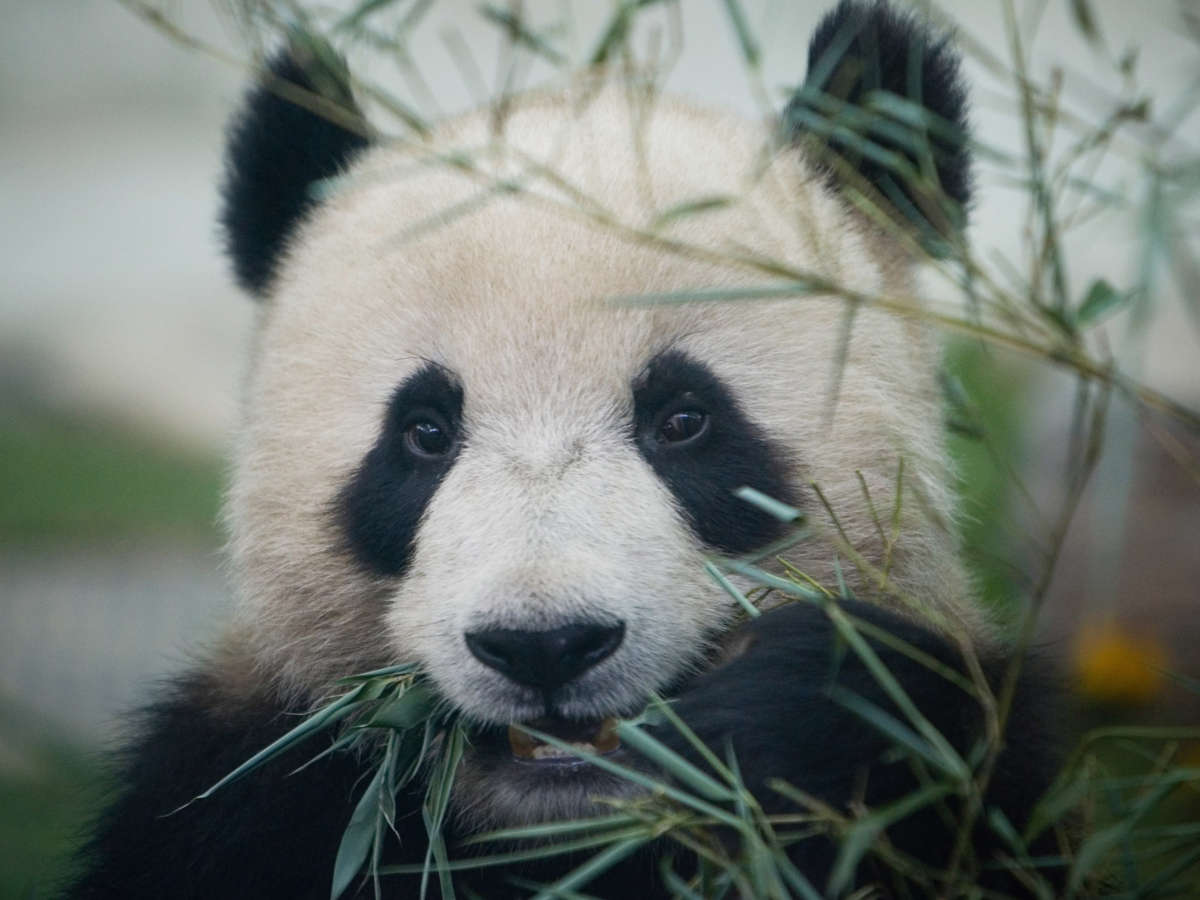 A Giant panda enjoys bamboo at the Beijing Zoo during the first day of the public display on June 5, 2008 in Beijing, China.
Image credit: Feng Li

It’s a good day to be a giant panda. Chinese conservation officials have announced that they no longer consider giant pandas in China an endangered species.

There are now 1,800 giant pandas living in the wild, a number that officials credit to the country’s devotion to maintaining nature reserves and other conservation initiatives in recent years. As a result, other species have also flourished: Siberian tigers, Asian elephants, and crested ibises have all seen a gradual increase in population numbers, according to the outlet.

Internationally, the giant panda has been considered “vulnerable” for five years. The International Union for Conservation of Nature removed giant pandas from its list of endangered species in 2016 — a decision that Chinese officials challenged at the time.

“If we downgrade their conservation status, or neglect or relax our conservation work, the populations and habitats of giant pandas could still suffer irreversible loss and our achievements would be quickly lost,” China’s State Forestry Administration told The Associated Press at the time. “Therefore, we’re not being alarmist by continuing to emphasize the panda species’ endangered status.”

In a statement to NPR, the World Wildlife Fund called it “another sign of hope for the species.”

“Thanks to decades of collaboration between the Chinese government, local communities, companies and NGOs, the giant panda’s future is more secure,” said Colby Loucks, WWF’s Vice President for Wildlife Conservation.

“China’s successful conservation of giant pandas shows what can be achieved when political will and science join forces,” he continued. “Continuing these conservation efforts is critical, but we need to stay vigilant on the current and future impacts climate change may have on giant pandas and their mountainous forest habitat.”

Still, giant pandas aren’t out of the woods just yet. They live in bamboo forests, which are at risk due to climate change.