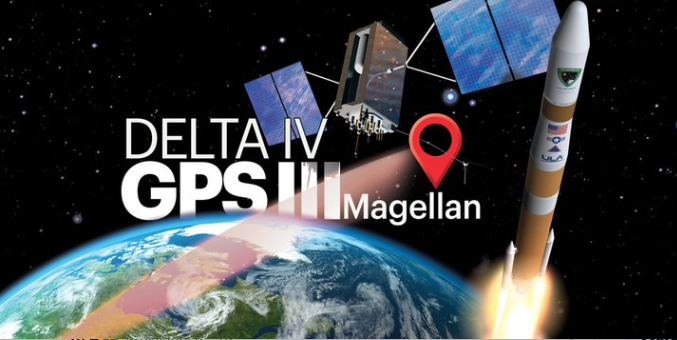 ULA is poised to launch the GPS III mission on a Delta IV rocket from Cape Canaveral. Photo: ULA

There’s a rocket launch scheduled Thursday morning from the Space Coast. United Launch Alliance is aiming to send a GPS satellite into space.

The satellite, nicknamed Magellan, will be part of a constellation of navigation satellites for military and civilian use.

It was built by Lockheed Martin and will offer improved accuracy and anti-jamming capabilities along with a new signal for civilian users tapping into the system for navigation.

The launch will be the last for the Delta Four Medium rocket. The rocket is being replaced by ULA’s next-generation rocket called Vulcan scheduled for launch in the 2020s.