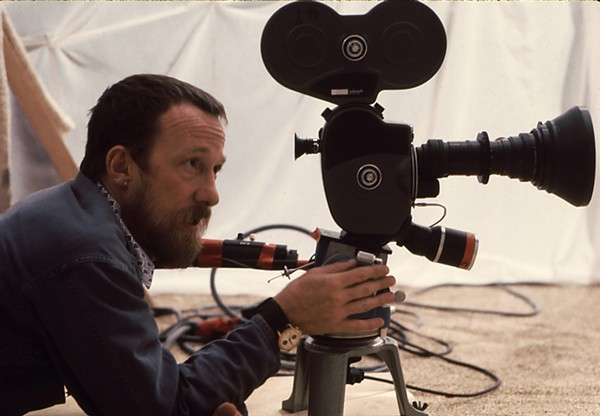 Image: Wakefield on the set of Bijou, courtesy of Jim Tushinski, orlandoweekly.com

Florida is home to more famous artists than you might think — after all, artists are as likely as anyone else to buy a vacation home or retire to the Sunshine State. But some, like Wakefield Poole, are genuine Floridians. Poole, one of the giants of experimental gay cinema in the 70s, grew up in Jacksonville and has since returned to his childhood hometown. In the 48 years (or so) in between, he lived a colorful life, to put it mildly.

His dance career took him to New York, with stints on Broadway and in the nascent world of TV. As the 50s gave way to the psychedelic 60s, Poole fell in with the underground art scene. After seeing the experimental films of Andy Warhol, and let down by the blunt artlessness of commercial “adult film,” he decided he could do better. His X-rated art movie Boys in the Sand was a smash hit in 1971, winning raves in the New York Times and Variety. His next film, Bijou, was even more surreal and emotional, recalling the enigmatic work of Maya Deren or Alejandro Jodorowsky. After seeing Bijou, Warhol said, “After Wakefield Poole’s films, mine are unnecessary and a bit naïve, don’t you think?”

In the past few years, there’s been a flowering of interest as Poole’s work has been rediscovered. He visits the Gallery at Avalon Island Sunday, October 2nd, for a noon screening of two of his films, followed by what is sure to be a lively talkback.