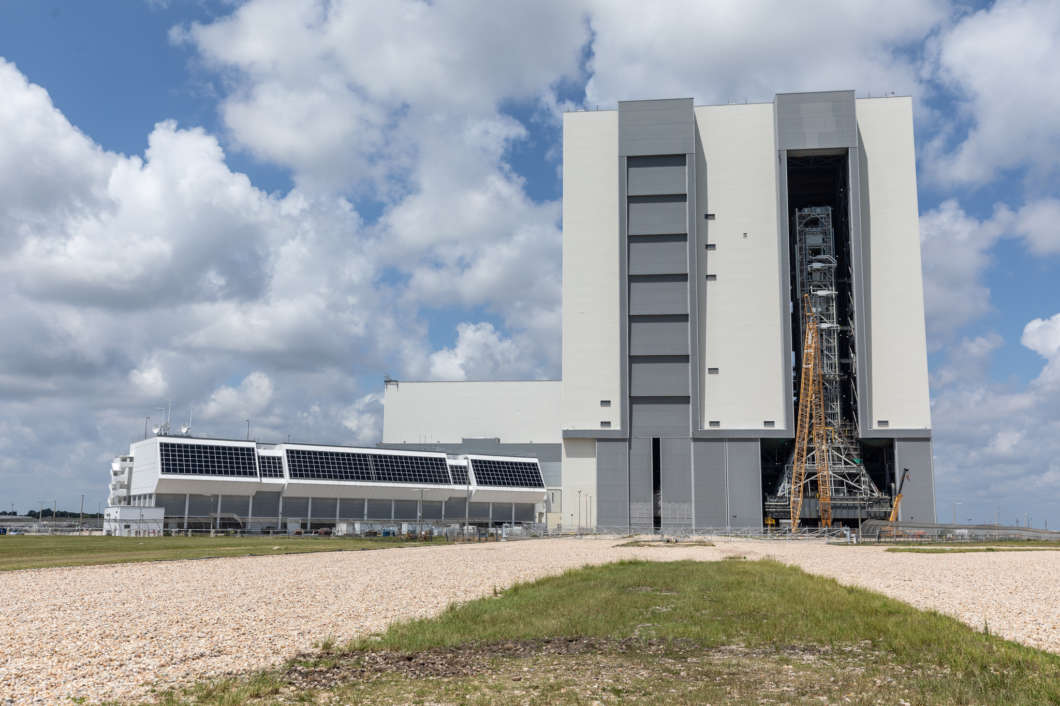 It’s been 50 years since the Apollo 11 mission sent the first humans to the moon. Five decades later NASA is on another moon shot, using much of the same technology and tenacity that got us there in the first place.

In arguably the most famous space policy speech ever, President John F. Kennedy sent NASA on a mission to the moon. “We choose to go to the moon in this decade and do the other things, not because they are easy, but because they are hard,” Kennedy said at Rice University Stadium on September 12, 1962.

In less than seven years, NASA would meet the challenge. Now, the Trump administration is making a similar charge.

“It is the stated policy of this administration and the United States of America to return American astronauts to the moon within the next five years,” said Vice President Mike Pence at a meeting of the National Space Council this year, charging NASA with an ambitious goal.

Before Pence’s new moon-shot, NASA was targeting a return in 2028. Now, the agency needs to get there four years sooner.

“We have the technology,” said Kennedy Space Center director Bob Cabana. “We know how to do this, we can do it. And we can do it to stay. Not a two- or three-day camping trip, but an established presence on a body beyond our home planet top allow us to establish a presence in the solar system.”

NASA’s new moon shot is named Artemis, after Apollo’s twin sister. Missions will launch from the Kennedy Space Center on technology that has already been used on America’s first moonshot — and it’s getting a much-needed upgrade.

The iconic Vehicle Assembly Building defines the coastline of Brevard and was built to assemble the massive Saturn V rockets that took humans to the moon, and later support Space Shuttle Missions.

Elizabeth Kline, NASA VAB Operations Manager says the building is undergoing a transition to stack and build NASA’s Space Launch System (SLS), the agency’s new moon rocket ahead of a mission as early as next year.

“There’s a whole bunch of different levels we need to get to with this vehicle than we did for shuttle or Apollo for that matter,” said Kline.

Getting the rocket from the VAB to the pad will rely on Apollo-era tech, too — using the behemoth Crawler-Transporter which slides under the rocket and carries to the pad the four miles down the road.

Driver Bob Myers says his transporter was built in the 1960s for Apollo “and it carried through the Apollo program up until about 1978, then it was re-modified for the shuttle program, carried us all the way to the shuttle and once the shuttle was retired we modified it again to give us the capability to carry SLS.”

The firing room also received upgrades from Apollo to Shuttle to Artemis. All of the analog consoles have been replaced by flat screen monitors and high-tech computers.

In the 1960s, NASA built two launch pads for the Apollo program. NASA leases Launch Complex 39A to private company SpaceX. The company recently completed upgrades on the pad to support the launch of humans to the International Space Ship under a partnership with the space agency. The pad also hosted test and operational flights of its newest rocket — the Falcon Heavy.

Launch Complex 39B is slated to fly NASA’s SLS rocket carrying the Orion spacecraft. The pad hosted Apollo missions, as well as a slew of shuttle launches. Now, teams are putting the final touches on the pad to support launch of SLS as early as next year.

If NASA doesn’t make the 2024 deadline, it won’t be because of the Kennedy Space Center lagging behind. “The challenge is going to be financial,” said Cabana. “It’s the budget. We have to have the budget in order to do this by 2024 that’s going to be the challenge.

The Trump administration and NASA have asked Congress for an additional 1 point 6 billion dollars this year– that’s on top of NASA’s 20 billion plus budget. That’s just this year — it’s going to take about billions more to meet the deadline.

The moon-shot faces even more obstacles. Even though some of the hardware is ready to go, the agency is still without a moon lander, moon-based space station or spacesuits for the mission — elements the agency it is asking the private industry to design and build.

Nearly 50 years on, those that worked on the Apollo program remain optimistic NASA can accomplish the task. Standing in the VAB, 95-year-old Philip Moyer, the original designer of the building, takes pride in knowing his creation has served the agency’s exploration efforts.

“My whole life has been wrapped up in this thing and it’s very rewarding, before I check out, to see it going further.”