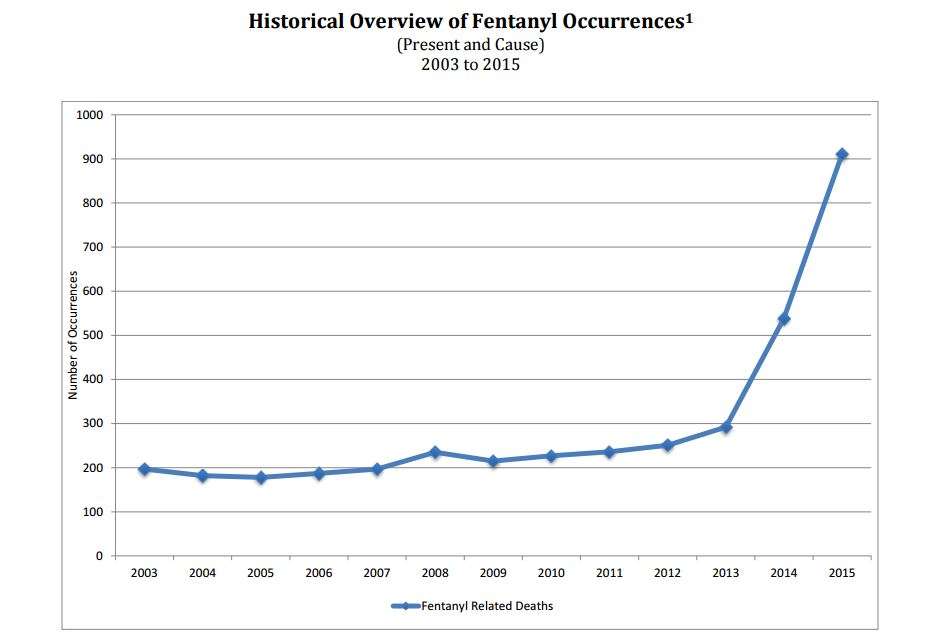 A new report from Florida medical examiners finds fentanyl caused more deaths than any other drug in Florida last year.

With fentanyl coming into the U.S. illegally in pill and powder form, it’s now being cut with heroin.
Orange Osceola Medical Examiner Dr.Joshua Stephany said fentanyl deaths used to only be related to fentanyl patches, given to patients with severe chronic pain, like cancer patients.

“People put on too many patches, take patches out of the trash and suck on them, try to get the drug out of the patch by squeezing it out, or heating it up or using a syringe,” Stephany said. “That was in the past. That was the only way to get fentanyl in the past, was from the patch or an IV drip in the hospital.”

Fentanyl overdose deaths rose 20 percent last year to 81 deaths in Orange and Osceola counties. Bezodiazepines, like Xanax and klonopin, caused the most deaths in Florida in 2015. But in the first half of 2016, fentanyl and its derivatives became the deadliest drug in Florida, responsible for more than 750 deaths statewide.

Orange and Osceola counties had more than 100 fentanyl deaths. Stephany said one thing that’s changing now is users are seeking out fentanyl.

“Not to make light of the subject, but it’s not good business to kill your customers with more potent drugs,” Stephany said. “I’m not sure what the impetus is behind, other than people want that higher high.”