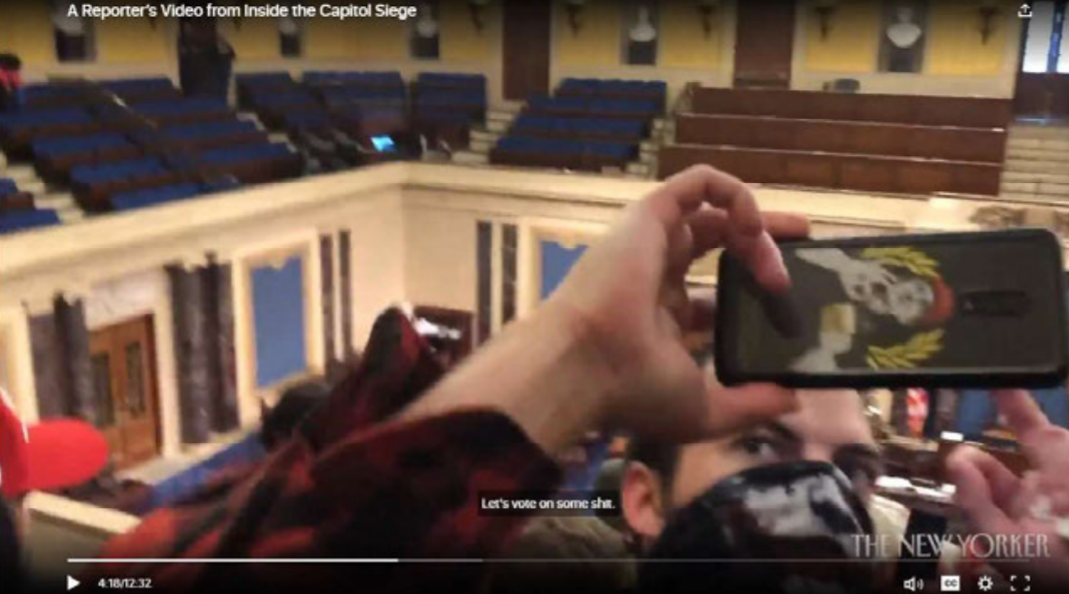 Federal authorities say Arthur Jackman, 30, took a selfie while making an "OK" gesture, which is associated with white supremacy, in the Senate chamber on Jan. 6. Image: USDOJ

The husband of an Orange County sheriff’s deputy has been arrested on federal charges tied to the January 6th U.S. Capitol riot.

He is charged in a federal complaint with obstructing an official proceeding and unlawfully entering the Capitol.

Federal authorities say Jackman acknowledges being a member of the Proud Boys since 2016, who joined to support Donald Trump.

Video shows him taking a selfie in the Senate gallery while making a hand gesture associated with white supremacy.

According to the Orange County Sheriff’s Office, Jackman’s wife, Deputy Sarah Jackman, was at work on January 6th.

Sheriff’s officials say the FBI has told them there is no indication she had anything to do with the Capitol breach or any extremist organization.