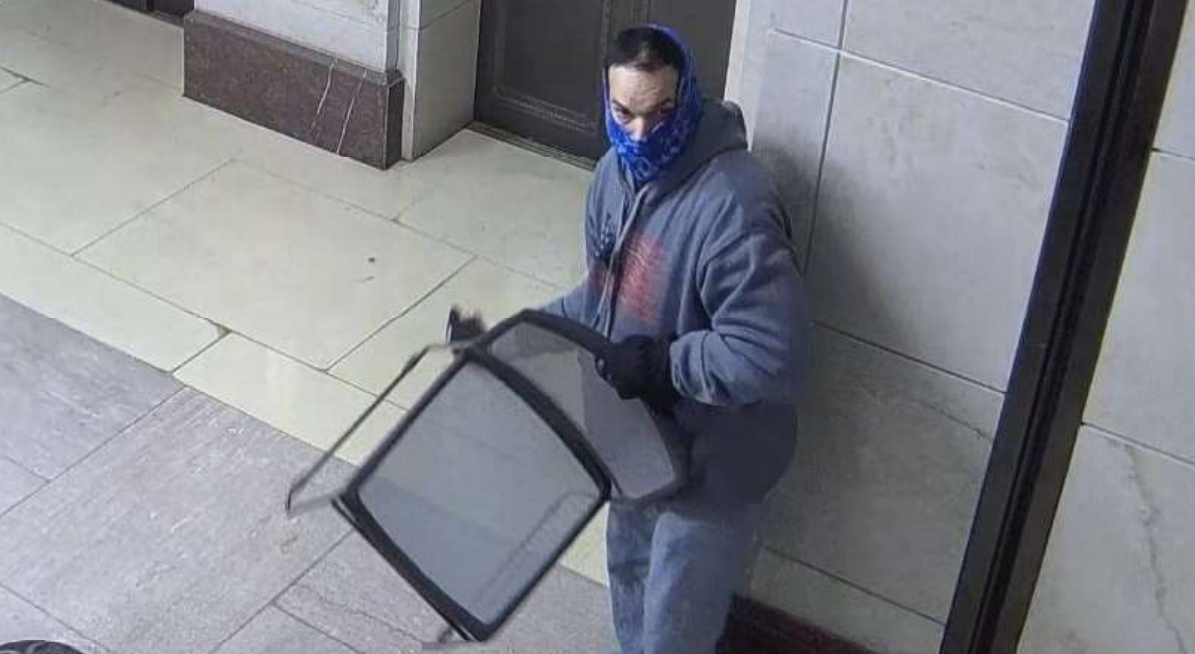 An Ocala bartender and her husband have been arrested on federal charges for taking part in the January 6th raid on the U.S. Capitol.

Forty-four-year-old Jennifer Buteau and 48-year-old Jamie Buteau are being held in the Marion County Jail.

Federal prosecutors are charging both with unlawfully entering the Capitol and disorderly conduct there.

The husband is also accused of assaulting Capitol Police officers by throwing a chair.

Surveillance video appears to show them in the Capitol.

To help ID the couple, one tipster pointed the feds to the Vice News video from August 2018.

They had just attended a Trump rally in Tampa where the former president appeared to point at Jamie and his Q sign. He tells Vice he’s a Republican who calls himself a “Trumpican.”

They are among 465 people arrested so far on charges related to the Capitol breach.