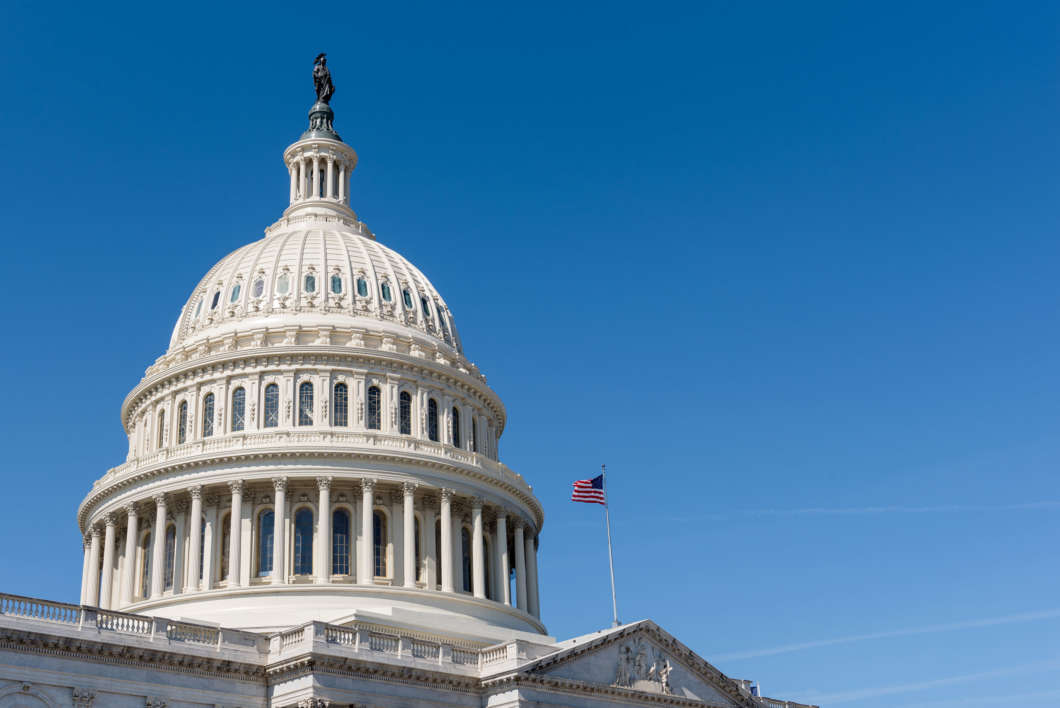 The U.S. House of Representatives passed a landmark proposal that would give 2 million workers paid leave upon the birth or adoption of a child, in what worker advocates call a hard-won victory.
Image credit: Richard Sharrocks

Federal workers are on the cusp of getting 12 weeks of paid parental leave, thanks to a landmark proposal making its way through Congress.

The House on Wednesday passed the measure, which is slated for a Senate vote next week and is expected to become law.

“The idea that you could be at home for 12 weeks would be a real game changer, I think, for people — myself included,” says Becky Williams, who works as an analyst at the U.S. State Department.

When her son was born four months ago, Williams pulled together three weeks of leave, using a combination of sick leave, vacation time, and tapping donated leave contributed by co-workers at the agency.

But three weeks was not nearly enough time to spend with her new baby. “You definitely rely a lot on the videos and pictures,” she says.

This new federal measure builds on an ongoing expansion of paid leave policies from recent years. Not only have many corporate employers sweetened their leave benefits to recruit and retain workers, eight states and the District of Columbia have passed laws requiring many employers to offer paid leave — not just for new parents, but also for sick and elderly care. Such measures poll well among voters, and garner rare bipartisan support, including from the Trump administration. The new measure is expected to cost the government about $3.3 billion over five to 10 years.

The popularity of paid leave comes in part out of recognition that it is a priority for nearly every worker, says Sherry Leiwant, co-president of worker advocacy group A Better Balance. “People have been working towards this for years and years and years,” she says.

But Leiwant and other advocates want to see national paid leave policies extend to every worker in the country. Federal employees make up only a small fraction of the overall workforce, and she says paid leave remains relatively uncommon. Fewer than one in five workers get it, and it’s even more rare among low-wage workers.

Also, this latest congressional proposal would not allow federal employees to use the 12 weeks to care for elderly parents, or to get a surgical procedure, for example.

The State Department worker Williams argues that people may need leave for any number of reasons. She wishes she had leave when another child, a baby, passed away three years ago.

“The last thing you want to deal with is HR, but it ends up becoming a thing because there’s no extended bereavement or leave for bereavement,” she says.

In fact, 75 % of workers who currently take unpaid leave under the Family and Medical Leave Act do so for reasons other than new children, says Wendy Chun-Hoon, co-director at the advocacy group Family Values@Work.

She expects state legislatures to continue to push for broader paid family leave laws, which in turn will keep the pressure on the U.S. Congress.

“Now the country is in a really big and important conversation about national policy to provide paid family and medical leave for the entire workforce,” Chun-Hoon says.

She says that’s coming too. It’s just a matter of time.