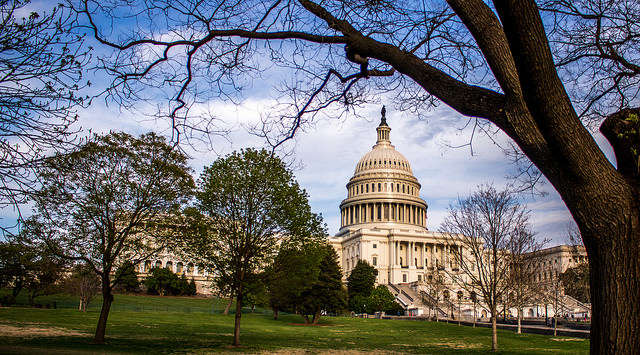 State workers from the Bureau of Prisons, Transportation Security Administration and Immigration and Customs Enforcement are just some of the 800,000 workers nationally who went without pay during the country’s longest-ever shutdown earlier this year. Photo: Flickr Creative Commons

Central Florida federal workers are in Washington this week encouraging their state representatives to support a compromise that would avoid another government shutdown.

State workers from the Bureau of Prisons, Transportation Security Administration and Immigration and Customs Enforcement are just some of the 800,000 workers nationally who went without pay during the country’s longest-ever shutdown earlier this year.

That’s why Coleman Prison Union Leader Joe Rojas is in Washington this week. He says the added financial hardship of a second shutdown could force some workers to retire early or quit.

“It would be a death knell. You’ll see an exodus. A lot of them would go to the private prisons. Some would probably go to the county or state and we are already short as it is.”

The prison-located some 20 miles from the Villages-is the country’s largest federal prison. Rojas says they’re already understaffed after a hiring freeze. That’s led violence inside the prison to increase. Just last week there was a homicide at USP Coleman II-the high security prison on site-when one inmate killed another.

That’s why Rojas wants state representatives to take the effect of a second shutdown on federal workers and the public’s safety more seriously.

“I want them to negotiate, to come to a deal honestly. I do not see an urgency on either side. We work for the public and do good work. We keep America safe from escapes and not to pay us for the job we do is rather insulting and disgusting.”

Democrats and Republicans had almost come to an agreement on funding the government with $2 billion dollars that would have gone toward a barrier. But talks stalled over the number of detention beds that would be made available to ICE.

A second government shutdown would begin at midnight Friday if Congress can’t agree on a funding bill or President Trump doesn’t call a national emergency before then. President Trump is holding a rally in El Paso, Texas, tonight on the border.