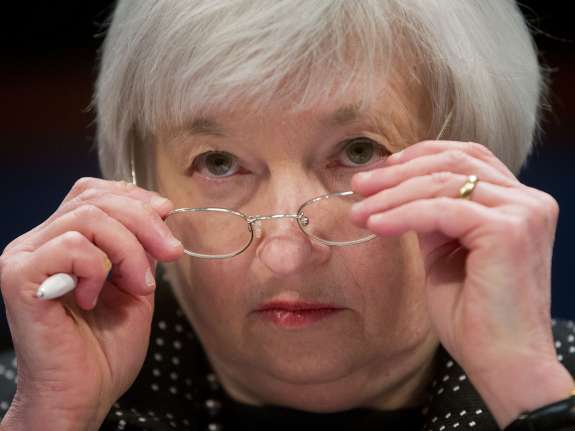 The Federal Reserve moved a step closer toward ending its zero interest rate policy. In a statement released moments ago, the Fed dropped a pledge to be “patient” before raising rates. But, the Fed’s Open Market Committee said, it is unlikely to raise rates in April.

“The Committee anticipates that it will be appropriate to raise the target range for the federal funds rate when it has seen further improvement in the labor market and is reasonably confident that inflation will move back to its 2 percent objective over the medium term,” the Fed said in a statement. “This change in the forward guidance does not indicate that the Committee has decided on the timing of the initial increase in the target range.”

Fed officials had long signaled that they would be patient before raising rates.

As the Wall Street Journal reports:

“The central bank for years has been using carefully chosen words about the likely level and direction of short-term rates as policy tool, hoping promises about the future will influence other borrowing costs today, such as the level of long-term rates on mortgages or car loans.

“The approach has become particularly important since December 2008, when the Fed pushed its benchmark federal funds rate to zero amid the financial crisis and began promising it would stay there for an extended period.”

But with unemployment rate falling and inflation moving toward the Fed’s 2 percent target, policymakers may have decided it was time to be less assuring about rates.

Rates, of course, are just one thing Fed policymakers have their eye on. As Jacob Goldstein of NPR’s Planet Money team reported on today’s Morning Edition, when the economy seems strong enough, the Fed will start pulling that money – approximately $3 trillion of it — out of the economy. He says:

“The economy will start humming again at some point. Banks will start lending out all that money. If that happens too fast, it could be a problem: Inflation could take off. To be clear, that hasn’t happened yet: Inflation is still quite low.

“Eventually, Fed officials will start destroying the money they created — winding down quantitative easing. But figuring out exactly when to do this is fraught. Do it too soon, and you plunge the economy back into another recession. Wait too long, and inflation takes off.”