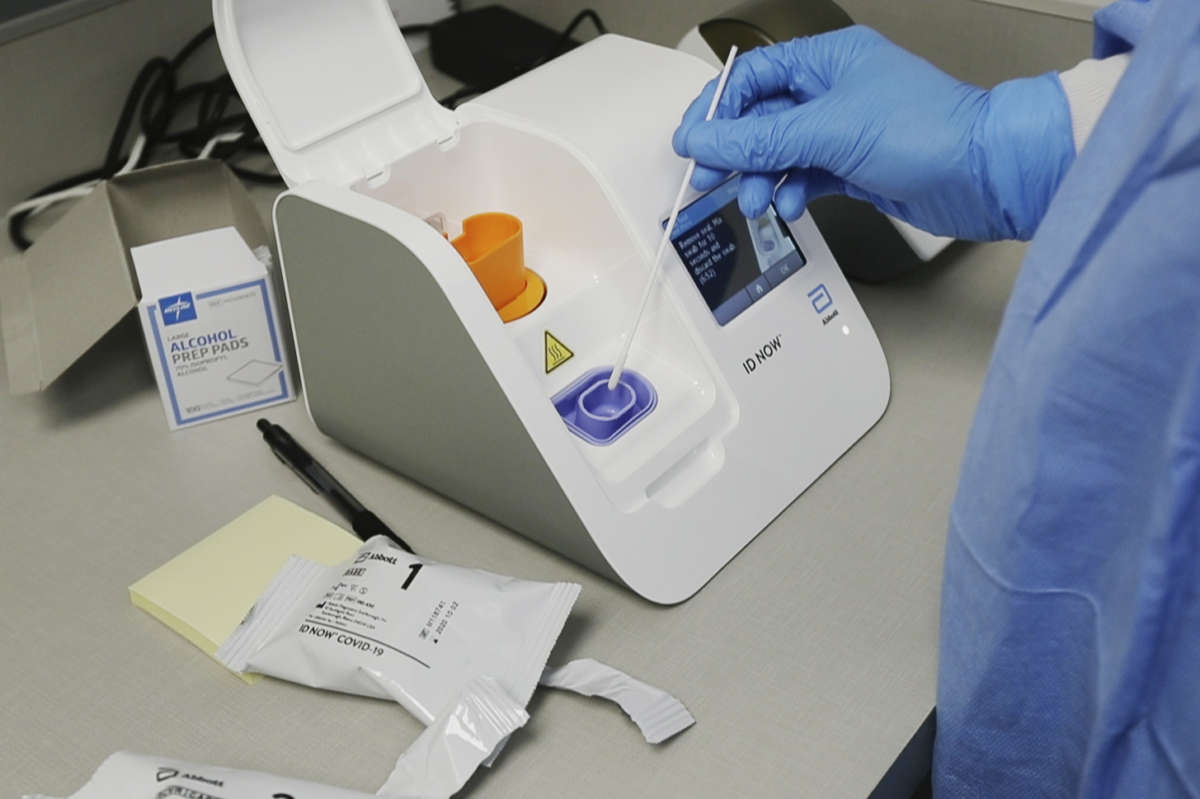 The Food and Drug Administration is cautioning the public about the reliability of a widely used rapid test for the coronavirus. The test, made by Abbott Laboratories, has been linked with inaccurate results which could falsely reassure patients that they are not infected with the virus. The test has been promoted by the Trump administration as a key factor in controlling the epidemic in the U.S. and is used for the daily testing that is going on at the White House.

As first reported on NPR, as many as 15 to 20 out of every 100 tests may produce falsely negative results. A subsequent study released this week indicated that the test could be missing as many as 48% of infections.

Abbott told NPR in late April that any problems with the test could stem from samples being stored in a special solution known as viral transport media before being tested, instead of being inserted directly into the company’s testing machine. As a result, the company recently instructed users to avoid using the solution and to only test samples put directly into the machine.

In addition, the company has continued to defend the accuracy of the test, and pointed to other studies that have found it is as accurate as any other tests being used.

The FDA cautions that “any negative test results that are not consistent with a patient’s clinical signs and symptoms or necessary for patient management should be confirmed with another test.”