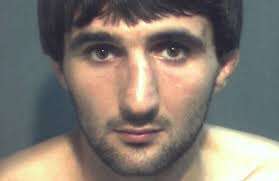 The Council on American-Islamic Relations Florida says it will file a $30 million wrongful death “notice of claim” against the FBI.

The action is over the 2013 death of a Chechen man in Orlando with ties to one of the accused Boston bombers.

CAIR-Florida says Ibragim Todashev trained at the same gym as one of the accused bombers but was only an acquaintance.

During an FBI interrogation at his Orlando apartment an agent shot and killed him.

The FBI says Todashev turned violent during the interrogation, forcing the agent to kill him

CAIR-Florida spokesman Ali Kurnaz says the agent who killed Todashev had a history of violence.

“During his time serving with the Oakland Police Department he was involved in two police brutality lawsuits, four internal affairs investigations regarding violently beating up suspects and witnesses and allegedly falsified police reports.”