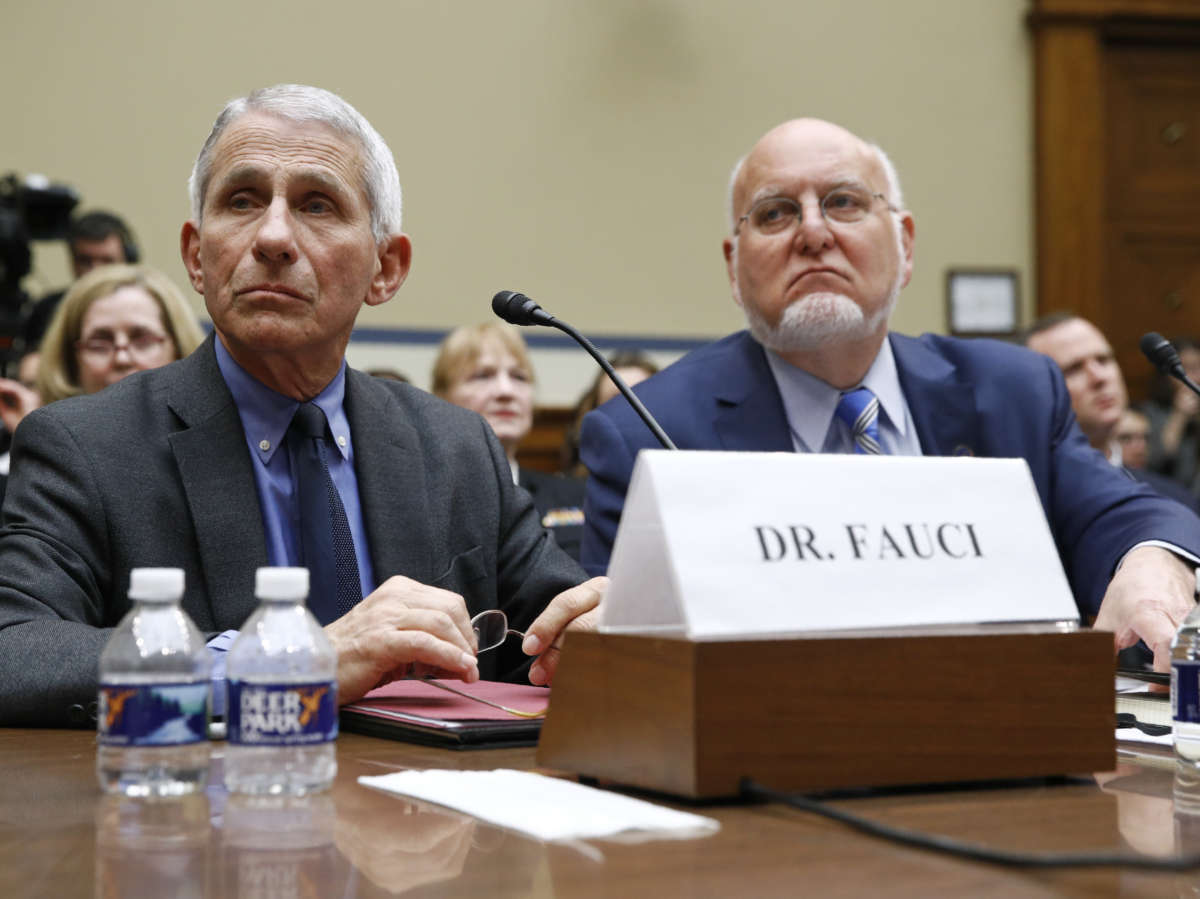 Dr. Anthony Fauci, director of the National Institute of Allergy and Infectious Diseases, and Centers for Disease Control Director Robert Redfield will appear before a Senate committee on May 12.
Image credit: Patrick Semansky

Dr. Anthony Fauci, the director of the National Institute of Allergy and Infectious Diseases, will join Centers for Disease Control and Prevention Director Robert Redfield and other administration representatives in testifying before a Senate committee on May 12.

The announcement comes as members of President Trump’s coronavirus task force are being asked to limit their appearances on Capitol Hill despite ongoing calls from lawmakers for more oversight into the administration’s coronavirus response. Last week, the Trump administration blocked Fauci from appearing before a House committee on the subject of spending on coronavirus testing.

Congressional Democrats are demanding greater oversight over the roughly $3 trillion that has already been approved for the coronavirus response. House Speaker Nancy Pelosi, D-Calif., has launched a new select committee to conduct the oversight, but Republicans have so far refused to name members to the panel despite the plan to make the panel bipartisan.

The Senate hearing was announced shortly after the administration sent the memo to Capitol Hill banning committee appearances from task force members during May unless approved by the White House chief of staff.

Deputy White House Press Secretary Judd Deere said the decision to block Fauci from the House committee appearance was intended to allow him to focus on his primary task of overseeing the coronavirus response.

“While the Trump Administration continues its whole-of-government response to COVID-19, including safely opening up America again and expediting vaccine development, it is counter-productive to have the very individuals involved in those efforts appearing at Congressional hearings,” Deere said. “We are committed to working with Congress to offer testimony at the appropriate time.”

Fauci, Redfield, HHS Assistant Secretary Brett Giroir and FDA Commissioner Stephen Hahn are scheduled to discuss “safely getting back to work and back to school” when they appear before the Health, Education, Labor and Pensions — or HELP — Committee next Tuesday.

Senate Democrats, including Patty Murray, D-Wash., the top Democrat on the HELP committee, have called for the administration to provide greater transparency and a nationwide plan for testing. So far their demands have not received a response.