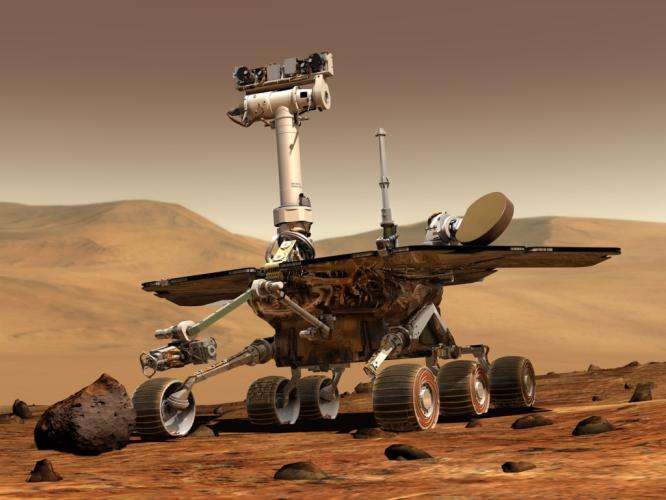 An artist's concept portrays a NASA Mars Exploration Rover on the surface of Mars. Two rovers were launched in 2003 and arrived at sites on Mars in January 2004. Each rover was built to have the mobility and toolkit for functioning as a robotic geologist. Photo: NASA/JPL/Cornell University

After 15 years, NASA has declared Opportunity’s mission complete. Earlier this week, the agency tried to contact the Mars rover one last. The rover had been radio silent since June.

Designed to only spend 90 days exploring, the mission far exceeded expectations, clocking in at a decade and a half while traversing 28 miles across the red planet.

The mission captivated more than just the science community. The photos beamed back from the red planet gave everyone here on Earth incredible views of another world. Opportunity’s end was grieved by many online in the form of comic strips, obituaries and remembrances from the people that spent their careers working on the mission.

To look back at Opportunity’s legacy, we’re speaking with Dan Batcheldor. He’s the head of Aerospace Physics and Space Sciences at Florida Tech.