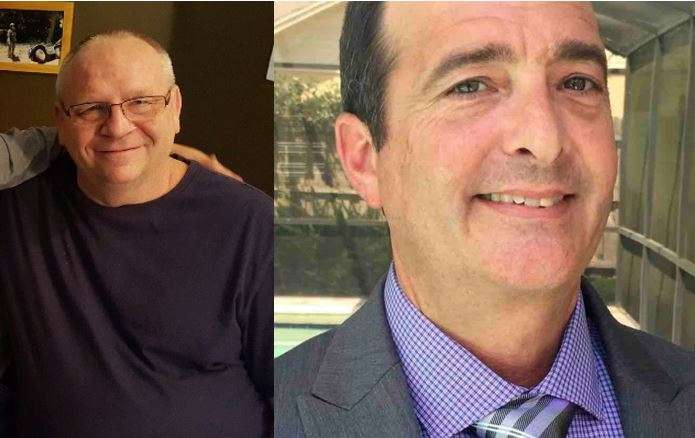 Jeffrey Roberts, 57 (left) and Kevin Clark, 53 (right) were fatally shot by their former coworker, along with three other victims. Photo: GoFundMe.

More than $44,000 has been raised for the families of the victims who were shot and killed by their former coworker Monday in Orlando.

When deputies responded to the active shooter situation at Fiamma Inc., 57-year-old Jeffrey Roberts was already dead, along with his three other coworkers and the gunman who’d shot himself. Another coworker, 53-year-old Kevin Clark was rushed to Orlando Regional Medical Center where he died.

The families of both men have launched GoFund Me campaigns with donations, many from anonymous donors for amounts ranging from $25 to $100.

Clark had two children, a 14-year-old daughter and an 18-year-old son. The GoFundMe page notes that they lost their mother nine years ago.

Jeffrey Roberts is survived by his wife, children, and grandchildren.

It is unclear whether the families of the victims will receive money from Fiamma or insurance policies after the shooting.

Law enforcement officials described what happened as workplace violence caused by a disgruntled employee. 45-year-old John Robert Neumann Jr. had been fired in April. He had been involved in a complaint that he had battered a fellow worker.

The other victims who were killed are Robert Snyder, 69; Brenda Montanez-Crespo, 44; and Kevin Lawson, 47.