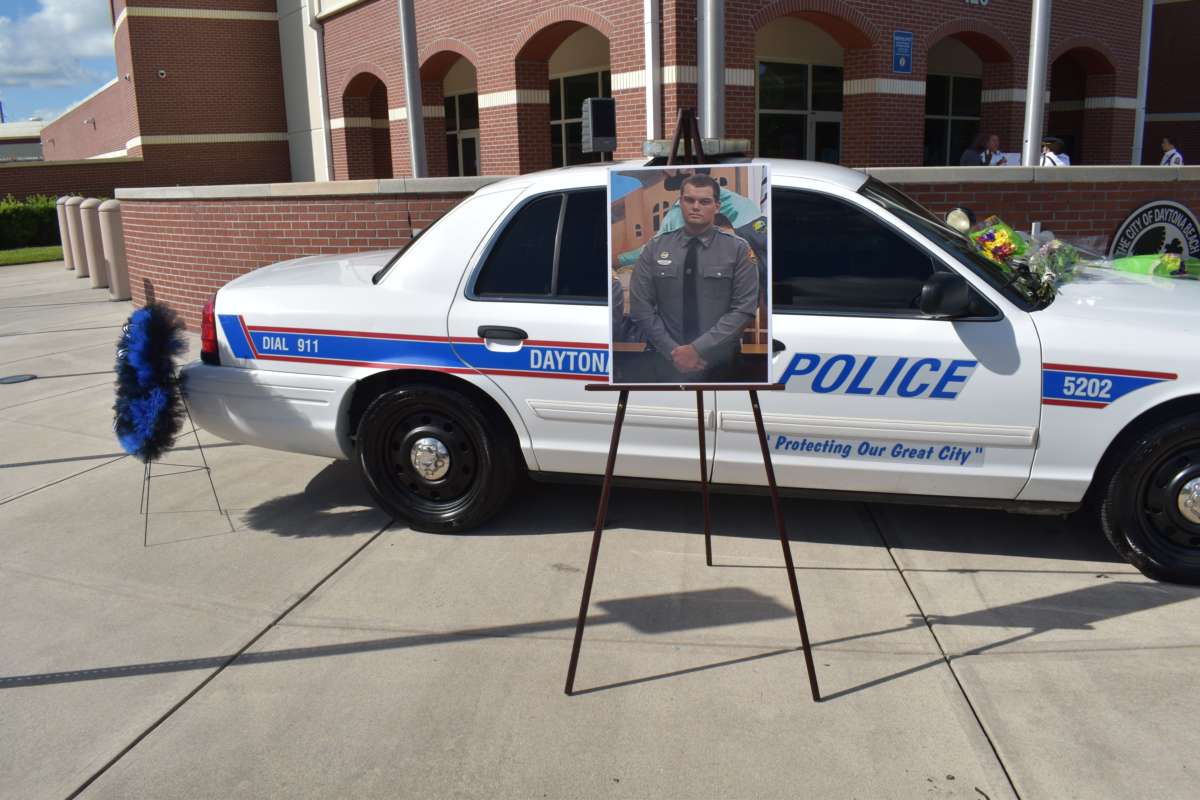 The funeral for fallen Daytona Beach Police Officer Jason Raynor will be held Monday at the Ocean Center in downtown Daytona Beach. The services are not open to the general public.

These events – including the viewing and the funeral – are not open to the public.

Officer Jason Raynor was only 26 years old when he passed away almost two months after being shot in the line of duty.

Current and former law enforcement and their families are welcome to pay their respects to Raynor during the one-hour service next week.

Daytona Beach Police Chief Jakari Young, members of Raynor’s family and state and local leaders are expected to speak at the ceremony that will include a 21-gun salute.

Members of the public can pay their respects to the fallen officer at a memorial outside of the Daytona Beach Police headquarters.

Raynor’s viewing will be held on Sunday.