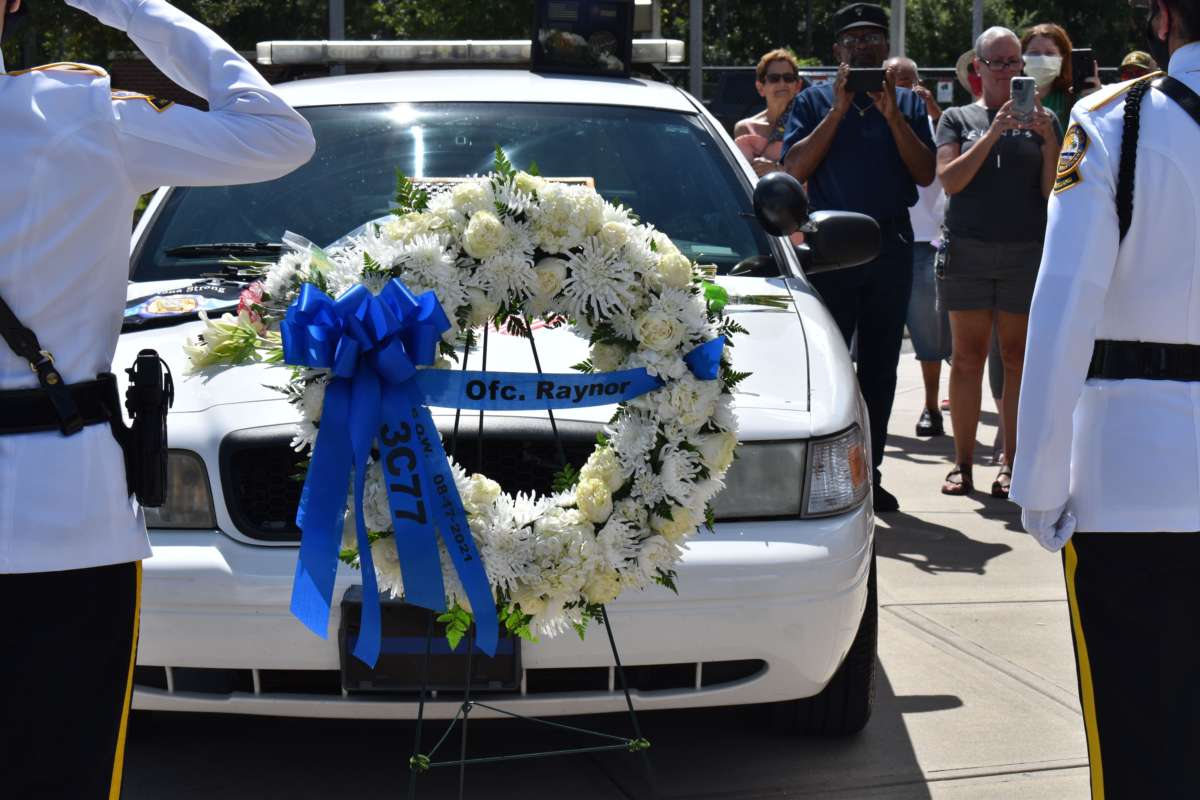 Officer Jason Raynor was remembered by the Daytona Beach Police Department on Thursday with a wreath-laying ceremony outside the department’s headquarters. Raynor died on Tuesday night almost two months after he was shot in the head on duty.

THREAD (1 OF 2): Our thanks to everyone who attended today’s wreath-laying ceremony for Officer Jason Raynor.

For those who weren’t able to attend, we’ll be posting a video of the entire ceremony later today.

We’ll have more details shortly on the viewing and the funeral. pic.twitter.com/IvfUUMMkMb

A wreath was placed at the memorial site for fallen officers in his honor and officers and the general public left flowers and cards behind on Raynor’s patrol car.

“We’re all having our moments. Everybody is trying to be strong for each other. We’re literally holding each other up. And we’re just doing our best just to make it through this. Because we believe that’s what our fallen brother would have wanted.”

Members of the public can still leave mementoes at the site.

Young says the show of support has been overwhelming.

“It was extremely heartwarming to see the overwhelming amount of support. But we’ve received that support from the beginning from June 23rd ’til today. The outpouring of respect and support has just been overwhelming and very much appreciated.”

Anyone wishing to send a private video message to Raynor’s family should reach out to the department before Monday, August 23rd.

A funeral service has been planned for Monday at 11 am with more details to follow on social media.