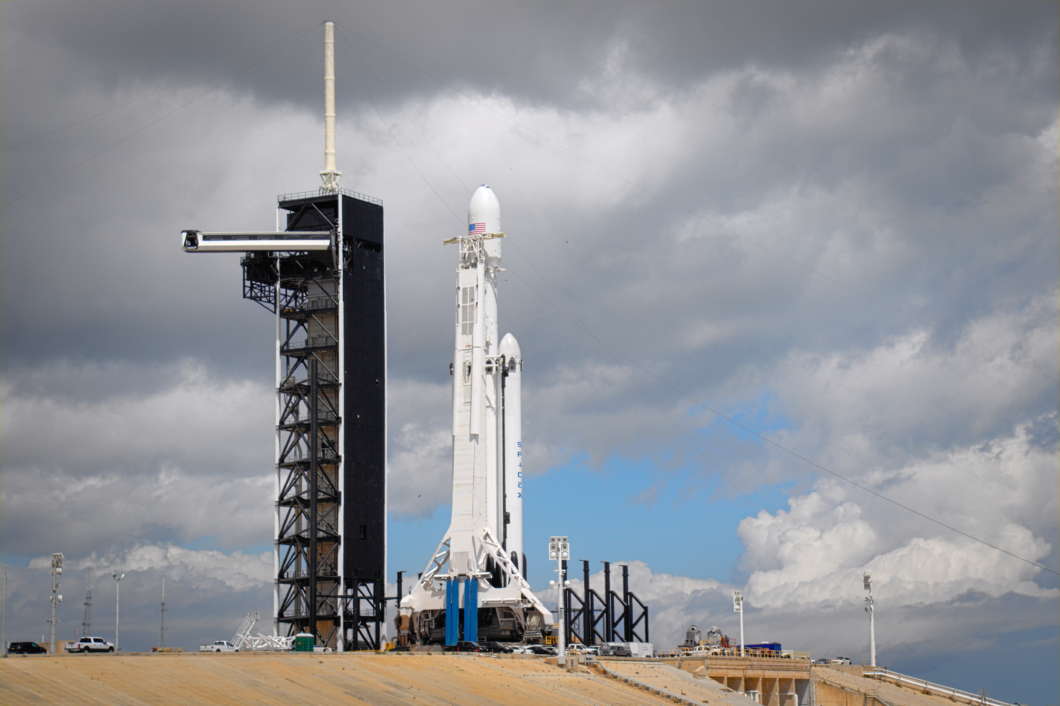 The launch is scheduled for 11:30 p.m. and the window remains open for four hours. Weather remains favorable for launch.

SpaceX’s heavy-lift rocket will send two dozen satellites to space for the Department of Defense. It’s the first time the DoD is launching on a Falcon Heavy and it will be the rocket’s first nighttime launch.

It’s a test mission to certify the rocket to carry national security payloads. One of the payloads is a new space-based atomic clock prototype. Robotic spacecraft rely on accurate time keeping as they navigate in space.

About ten minutes after launch from KSC, two of the rocket’s boosters will attempt to land at Cape Canaveral. Residents along the coast could hear multiple sonic booms. SpaceX routinely lands the boosters for reuse, lowering the cost of launches.

Founder Elon Musk says this will be the company’s most complex mission yet.