Falcon 9 Booster Arrives For Next Astronaut Launch From Space Coast 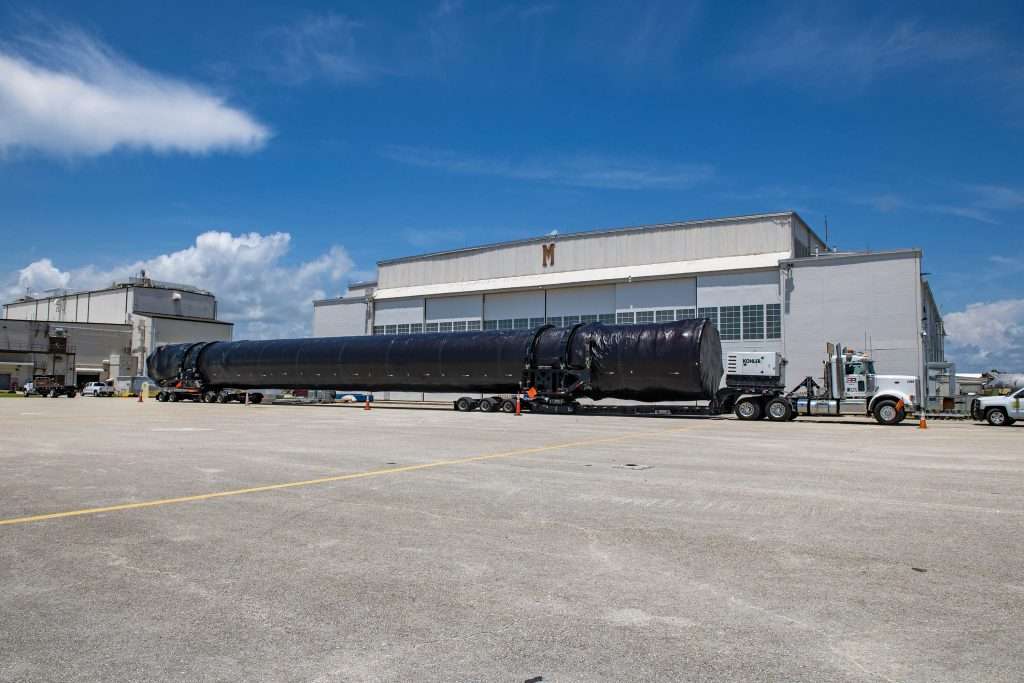 The SpaceX Falcon 9 first stage booster that will launch NASA’s SpaceX Crew-1 mission arrived in Florida on Tuesday, July 14, 2020. The rocket was shipped from the SpaceX facility in McGregor, Texas, and will now undergo prelaunch processing in the company’s facility on nearby Cape Canaveral Air Force Station. Photo: SpaceX

Crew-1 will launch three NASA astronauts and one Japanese astronaut to the International Space Station from Kennedy Space Center. The mission is part of NASA’s Commercial Crew program, a $6 billion dollar partnership with private companies SpaceX and Boeing to ferry astronauts to the station. The program ends a nearly decade-long reliance on the Russian space agency for rides to the station after the retirement of the Space Shuttle in 2011.

SpaceX’s first human mission launched May 30 from KSC. Astronauts Doug Hurley and Bob Behnken took SpaceX’s Crew Dragon on a test flight to the station. The duo are currently on the station with a scheduled return to Earth next month. The capsule will splash down off the coast of Florida and the astronauts will return to Kennedy Space Center.

NASA partner Boeing is still working on software and communication problems on its Starliner spacecraft uncovered on an uncrewed mission late last year. Being will attempt another uncrewed mission before launching humans to the station from Cape Canaveral on ULA’s Atlas V rocket.