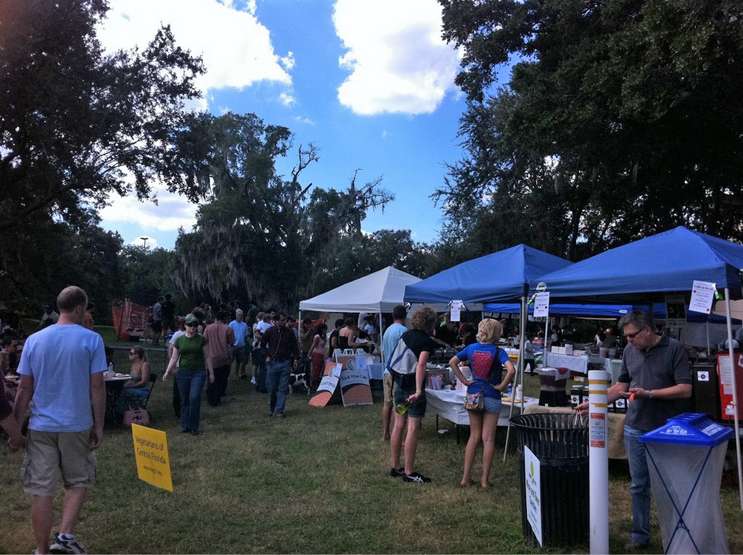 The Orlando Facial Hair Club celebrates its 3rd anniversary in the private party room Saturday at 7 at World of Beer in downtown Orlando.

College Park brings back its annual Jazz Fest placed along Edgewater Drive with 10 bands on 3 stages   Saturday 6 to midnight. Admission is the equivalent of two triple lattes.

The 11th annual Veg Fest, a sort-of Gay Pride celebration for vegetarians and their vegetarian allies, will include healthy living and eco-friendly exhibitors, speakers, and presentations; non-profits; fun and games for kids; dog and cat adoptions; restaurant booths; food preparation demonstrations, and live music and entertainment. Veg Fest is Saturday 10 to 6 at Orlando Festival Park.

PechaKucha Night is an educational entertainment event held several times a year in downtown Orlando that rests on a simple idea: each speaker gets about 5 minutes to give a presentation with just 20 slides and just 20 seconds per slide to make their point. It’s a format that makes the presentations concise and keeps things moving at a rapid pace. The 8 selected speakers include Jon Busdeker from WESH-2, City Commissioner Patty Sheehan, Kristine Thomas from Orlando Food Meetup and more. The show is this evening, it starts at 6 and runs to 9 at Dr. Phillips Center for the performing Arts.