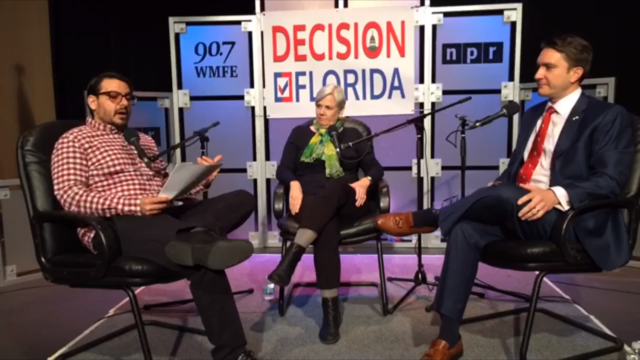 WMFE hosted a Facebook Live to talk about the gun bills being considered in Florida.

The Florida Senate passed a Stand Your Ground expansion yesterday.

That bill shifts the burden of proof. Currently, Stand Your Ground is an affirmative defense, meaning someone charged with homicide can assert to a judge that they should be immune from prosecution. That would change under the bill, which would make prosecutors have to clear that hurdle.

Wade Vose is a Republican attorney and analyst.

“It’s gonna be pushing the stand your ground concept a little further than you see in most states,” Vose said. “It’s going to have very good chances in the House, and you mentioned Gov. (Rick) Scott. I would be very doubtful that if it made it to his desk he would not sign it.”

Vose spoke on a panel with 90.7 Health Reporter Abe Aboraya and Florida League of Women Voters First Vice President Patti Brigham. You can see a video of that panel below, or listen to the audio above this story.