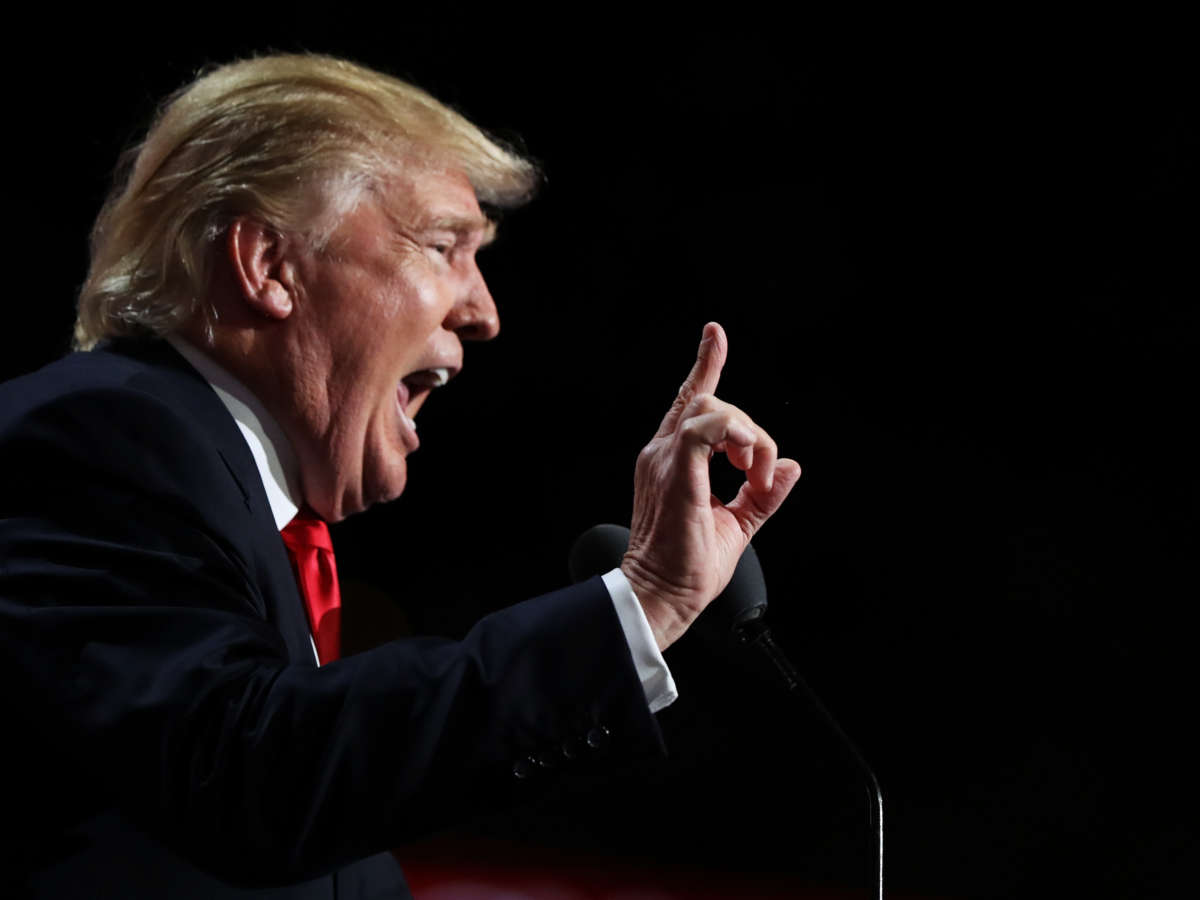 Facebook was justified in its decision to suspend former President Donald Trump after the Jan. 6 insurrection at the U.S. Capitol, the company’s oversight board said on Wednesday.

That means the company does not have to reinstate Trump’s access to Facebook and Instagram immediately. But the panel said the company was wrong to impose an indefinite ban and said Facebook has six months to either restore Trump’s account, make his suspension permanent, or suspend his for a specific period of time.

Facebook indefinitely suspended Trump’s accounts in January after a mob of his supporters stormed the U.S. Capitol, saying he used his account to “incite violent insurrection.” Other social networks also kicked off the then-president, with Twitter going as far as banning Trump for good.

“In applying a vague, standardless penalty and then referring this case to the Board to resolve, Facebook seeks to avoid its responsibilities,” the Oversight Board wrote in the announcement of its decision. “The Board declines Facebook’s request and insists that Facebook apply and justify a defined penalty.”

Facebook, following the ruling, will now “determine an action that is clear and proportionate,” Vice President of Global Affairs and Communications Nick Clegg said in a statement. Until then, he said, Trump’s accounts will remain suspended.

The decision is the most high-profile and high-stakes case the panel, made up of outside experts, has weighed in its short existence. Permanently stripping Trump of the ability to reach his 35 million Facebook followers and 24 million Instagram followers is likely to stoke criticism that the tech company is biased against conservatives — a claim many on the right have made for years without evidence.

The board’s ruling could also set a precedent for how Facebook treats posts by other political leaders, and as a model for other companies that are struggling to balance speech rights against potential harms. Facebook CEO Mark Zuckerberg has long said the company should not be the arbiter of truth and has argued for a hands-off approach to political speech in particular, saying it’s already highly scrutinized.

The social networks’ moves to ban Trump in the wake of Jan. 6 immediately caused an uproar and added fuel to a raging debate over whether tech companies should determine who gets a voice online.

Republican politicians and right-wing commentators said it was evidence of Silicon Valley’s alleged anti-conservative bias. A spokesman for German Chancellor Angela Merkel said she found Twitter’s ban “problematic” because she believes “the right to freedom of opinion is of fundamental importance.”

But others say Facebook’s ban was overdue. They argued the company had given Trump too much leeway to break its rules because of its lenient stance on political speech and posts it deemed “newsworthy” and therefore kept up, even if they violated Facebook’s policies.

Zuckerberg said at the time of the suspension in January that he believed the risks of allowing Trump to keep using the platform was “simply too great.” When Facebook referred the decision to the oversight board several weeks later, the company said it believed the move “was necessary and right,” given the “extraordinary circumstances.”

The board says it received 9,666 comments on Trump’s suspension. Many researchers and civil rights groups said Facebook was right to ban Trump because of his efforts to undermine the election and encourage violence. A submission from Republican lawmakers accused Facebook of bias against conservatives.

The board also received a “user statement” on behalf of Trump, as part of its deliberations.

The former president has teased that he may not return to any of the major platforms and says he’s considering launching his own social media network. On Tuesday Trump, added a new page on his website with a feed of messages — effectively, a blog. There’s no ability for other people to comment or reply, but there are buttons to share the posts to Facebook and Twitter.

Facebook created the oversight board to review the hardest calls it makes about what content it does and does not allow users to post. The board began accepting cases in October. It is designed to review a small number of cases each year, and Facebook has agreed to abide by its decisions. The panel can also make recommendations about the company’s policies.

The panel, which is funded by Facebook through a $130 million independent trust, is currently made up of 20 experts from around the world, ranging from specialists in law and human rights, a Nobel Peace laureate from Yemen, the vice president of the libertarian Cato Institute, the former prime minister of Denmark, and several journalists.