‘Extremely Hazardous’ Pesticide Federally Approved For Use On Florida Citrus 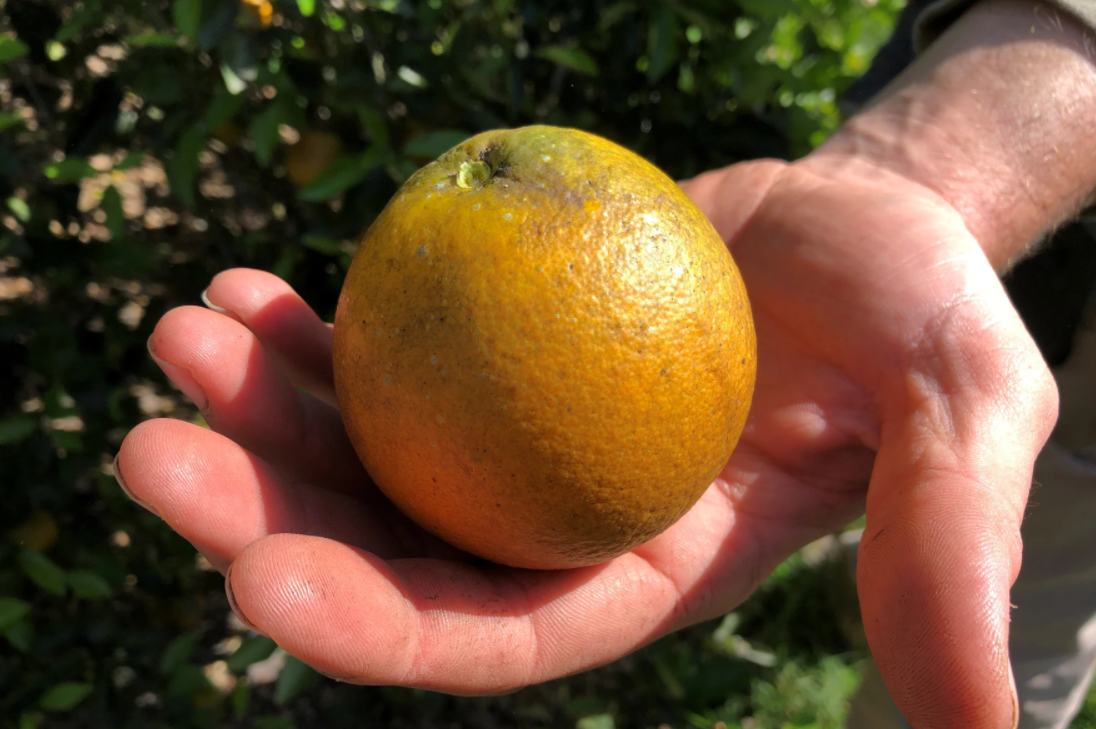 The neurotoxin aldicarb is banned in about 100 countries, and is only one of 36 pesticides that the World Health Organization has called “extremely hazardous.” It’s now allowed to be used on Florida oranges and grapefruits.

The Environmental Protection Agency announced late Tuesday its approval for registering the expanded use of the harmful pesticide aldicarb on Florida citrus trees to combat the Asian citrus psyllid, an insect that has spread citrus greening and decimated production.

The EPA said in a release that in Florida alone, 90% of citrus acreage is affected by the greening disease, resulting in $1.75 billion in cumulative losses in production value over a 10-year period.

“The registration limits the product’s sale and distribution to an amount allowing up to 100,000 acres in Florida to be treated each application season (Nov. 15-April 30) for three growing seasons, expiring on April 30, 2023,” said federal officials said in the release.

The agency is also allowing citrus growers across the country to use the antibiotic streptomycin, typically used to treat certain forms of tuberculosis, as a pesticide on oranges, grapefruits, lemons, and limes.

The Centers for Disease Control and Prevention have raised concerns that using the important antibiotic in this way could increase the risk for bacterial resistance to it. Streptomycin is banned for use as a pesticide in the EU and Brazil.

“Only the Trump EPA would approve use of a medically important antibiotic and a pesticide banned in over 100 countries on citrus crops,” said Nathan Donley, a senior scientist at the Center for Biological Diversity.

“Make no mistake, these unbelievably reckless decisions will harm children and farmworkers, and further hamper our ability to combat major public health crises.”

Aldicarb has been linked to brain damage in young children and infants, but the EPA said differently in its release.

“Human health risk assessments for both aldicarb and streptomycin are complete and present no risks of concern, including to young children. Ecological risks to birds, mammals, aquatic organisms, and honeybees are the same as aldicarb’s existing uses and registrations,” said the EPA.