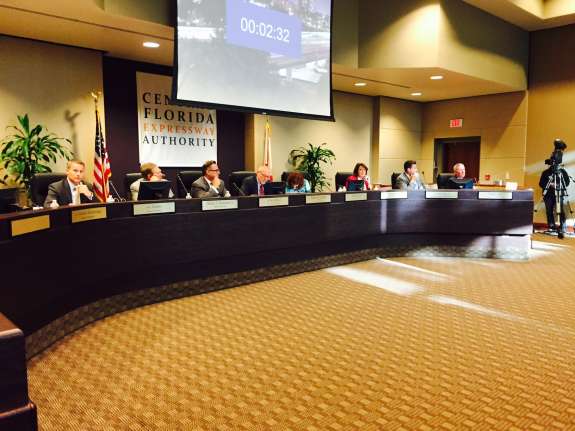 The Central Florida Expressway Authority received a federal loan that will speed up construction on its part of the Wekiva Parkway and voted to give commuters a break during construction on I-4.

Congressman Daniel Webster said a federal loan will help pay for a stretch of the Wekiva Parkway. The Authority said it will save roughly $260 million.

The loan will get construction going a year and a half earlier than planned. That’s because the Central Florida Expressway Authority won’t need to go out on to the bond market to pay for its stretch of the parkway.

The 25-mile project will link Seminole, Orange and Lake Counties, completing a beltway around the Orlando metro area. Webster said the recession put construction on hold, this federal loan now speeds it up. “For me it’s sort of the finality of what we’ve been working on since the early 1980’s,” said Webster.

Works has already started on parts of the Wekiva Parkway, construction on the Expressway Authority’s portion could wrap up in three years.

Discount On Tolls
The Central Florida Expressway Authority also voted to give commuters a break as construction ramps up on I-4 this summer.

Drivers who use the 417, 414 or the 429 toll roads, after the 20th toll they pay in a month the following tolls for that month on those roads will be at a 5 percent discount.

The Expressway Authority did the math and calculated that the discount will save drivers about one day’s worth of tolls per month.

The Authority said this is about giving a break to commuters who’d rather use the Orlando beltway than navigate through the construction of the I-4 Ultimate for the next six years.