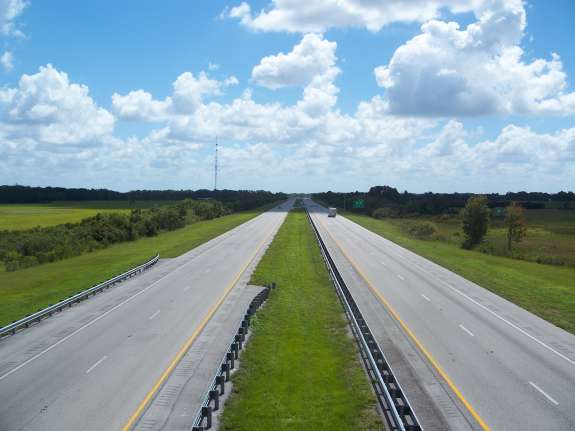 The sensors detect when a driver is headed in the wrong direction and flashes. Photo: Wikimedia Commons.

At an exit ramp along the Florida 528, a set of red lights flashes between two sets of warning signs that read “wrong way.”

The Central Florida Expressway Authority put the sensors there as part of a pilot program to keep drivers from crashing. Now, it plans to add four more along the Forida 408.

The technology alerts drivers that they’re going the wrong way and prompts the Florida Highway Patrol of a potential accident.

University of Central Florida engineering professor, Haitham Al-Deek, designed the radars with his students. He said the technology has already prevented crashes.

“For example, a firetruck going the wrong way without sirens on. We don’t know why. A tow truck going backwards. It’s a continuing effort. It’s education, enforcement, and engineering. You’ve got to have all this to combat this problem.”

Al-Deek has already designed radars for southern Florida and he hopes the Florida Department of Transportation will elect to add them along Interstate 4.

Data from the U.S. Department of Transportation cite Florida as having the third highest number of wrong-way fatalities in the nation.

“This problem is not going to go away if we ignore it. We have to be proactive. We have to implement more important measures, and that can vary from the simple signs, pavement markings, going up to the technology,” Al-Deek said.