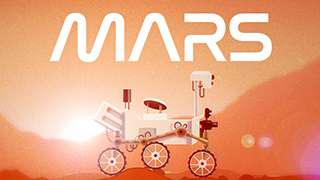 On their mobile devices, players drive a rover through rough Martian terrain, challenging themselves to navigate and balance the rover while earning points along the way. PHOTO: NASA/JPL-Caltech/GAMEE

Watch out Pokemon GO. The next mobile game craze might be out of this world.

Players explore the Martian terrain – trying to stay balanced on the surface while searching for water.

The game’s release comes on the 4th anniversary of Curiosity landing on the red planet.

In the video game, players use a laser to find water on the surface. The next Mars rover, Mars 2020, will use a similar laser to scan the surface of Mars.

The real Curiosity started a multi-month journey to Mount Sharp – where it will explore new types of rocks not yet explored.