Explaining The American Rescue Plan’s $3.5B Incentive To Expand Medicaid In Florida 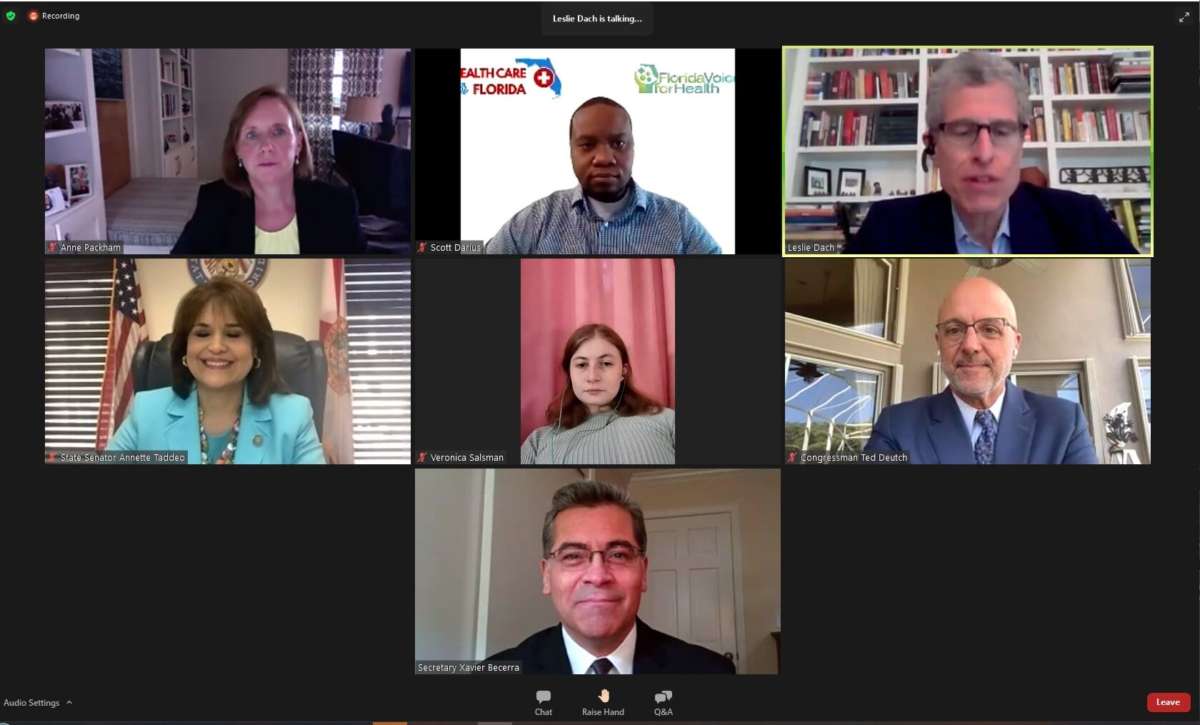 Democrats are using the 11th anniversary of the Affordable Care Act to renew calls to expand Medicaid in Florida.

The ACA originally called on states to expand Medicaid to all adults up to 133 percent of the federal poverty line. But Florida is one of 14 states that didn’t expand Medicaid.

Now, the $1.9 trillion dollar American Rescue Plan offers a new incentive: It would cover 90 percent of the cost to enroll an estimated 800,000 Floridians in Medicaid. And it would increase the federal pay rate for all Medicaid enrollees for the next two years.

Together, that would bring an estimated increase of $3.5 billion dollars into Florida.

“Today I am calling on Gov. Ron DeSantis to expand Medicaid,” said U.S. Rep. Ted Deutch, a Democrat from Boca Raton. “Take the help, say yes, take the money, get Florida covered, get extra money to our state so we can get to work on improving education, repairing our environment, restoring our roads bridges and waterways and recovering from this crisis.”

So far, DeSantis has resisted calls to expand Florida’s Medicaid eligibility – saying it would be too costly in future years.

“The governor remains opposed to the expansion of Medicaid in Florida,” DeSantis spokesman Cody McCloud told The Washington Times.

In addition to money for expanding Medicaid, the American Rescue Plan also includes money to boost premium subsidies to make health insurance cheaper in 2021. Veronica Salsman, who lives in Seminole County, said the boost in subsidies meant her health insurance went from costing about $200 per month to costing $33 dollars.

“It’s really such a big relief because a week and a half ago I got into a car accident and lost my entire car. So the extra money I can save, I can put towards a new car. Because currently I have no way to get to work besides my mom.”

The Florida Office of Economic and Demographic Research has not yet studied what would be the cost or benefit to Florida of expanding Medicaid. But the Center on Budget and Policy Priorities has released a state-by-state analysis here.

Florida is one of 14 states that have not expanded Medicaid (Source: Kaiser Family Foundation).