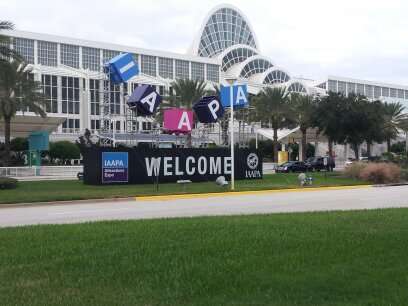 Some of the Tourism Development Tax money could be spent on upgrading the Orange County Convention Center. Photo: Matthew Peddie, WMFE

One of the nation’s biggest convention centers is about to get bigger.

An expansion is planned for the Orange County Convention Center.

The new construction will add some 280,000 square feet to the Orange County Convention Center.

It will include a large multi-purpose room and ballroom. It will cost $605 million.

The convention center’s 2 million-square-foot exhibit space is the nation’s second largest after McCormick Place in Chicago.

Even after the expansion, the Orange County Convention Center will be No. 2.

The convention center hosts more than 200 meetings and a million visitors a year.