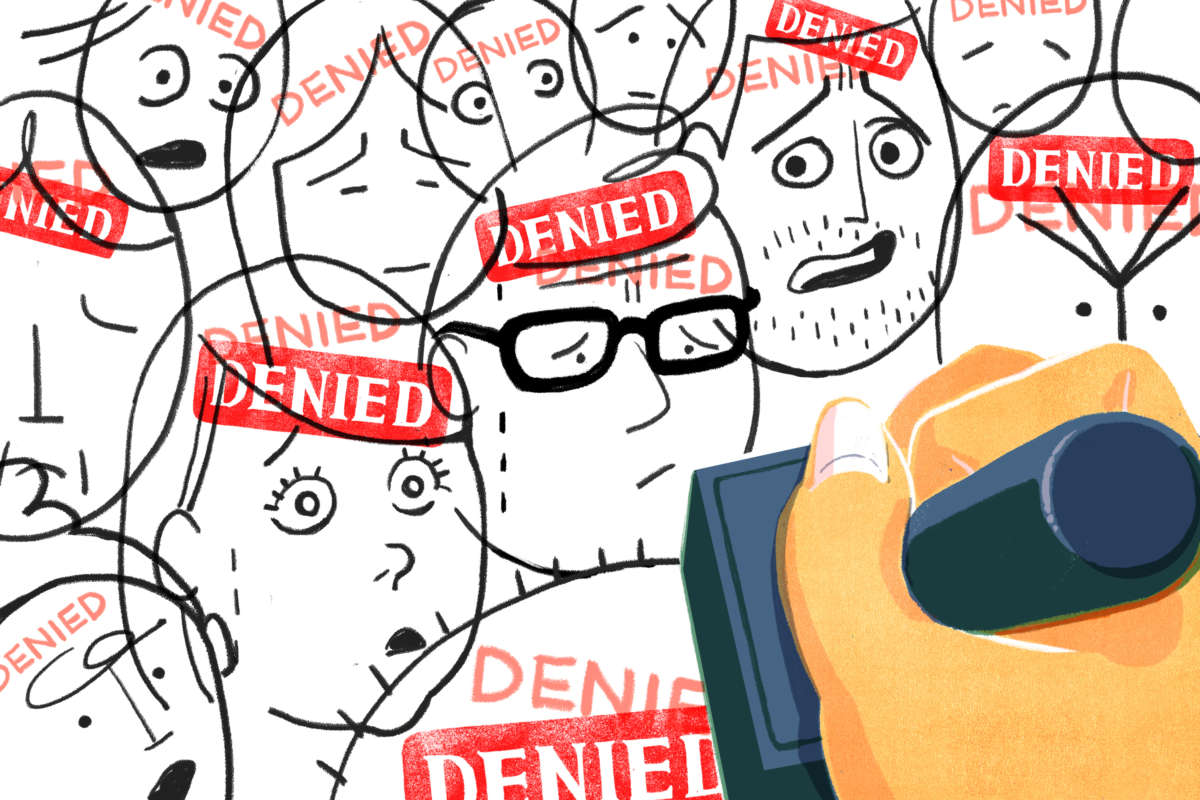 A federal program intended to help low-income student loan borrowers, and eventually offer them debt cancellation, has failed to live up to its promise, an NPR investigation has found.

More than 9 million borrowers are currently enrolled in income-driven repayment (IDR) plans, which are designed to help people who cannot afford to make large monthly payments. The plans also promise loan cancellation after 20-25 years. But documents obtained by NPR offer striking evidence that these plans have been badly mismanaged by loan servicers and the U.S. Department of Education.

NPR obtained two-dozen pages of internal department documents, including emails and, most notably, a previously unreported, 2016 review of student loan servicers’ struggles to implement IDR. The documents shed new light on the 2021 revelation that, at the time, 4.4 million borrowers had been repaying for at least 20 years but only 32 had had loans canceled under IDR.

The documents also offer surprising new revelations. For example, some servicers weren’t clearly tracking IDR payments and did not know when borrowers qualified for cancellation.

The Education Department did not respond in time to NPR’s request for comment.

In all, these records paint a breathtaking picture of IDR’s failure, and cast a shadow over the federal student loan program. While the Biden administration did not make these problems, it must now address them as it weighs restarting repayment after a two-year pandemic pause.

Some servicers had no idea when borrowers qualified for forgiveness

The Education Department offers several IDR plans that make similar promises: a manageable monthly payment (as low as $0) as well as loan cancellation after 20-25 years of qualifying payments. It is the servicer’s job to count how many payments a borrower has made and proactively notify them when they qualify for loan cancellation (after 240 – 300 payments).

But the previously unreleased 2016 review of servicers, conducted by the department’s office of Federal Student Aid (FSA), found that three servicers – PHEAA, CornerStone and MOHELA – did “not have an IDR forgiveness payment counter” to track borrowers’ progress toward cancellation.

The review notes that borrowers with accounts at PHEAA, for example, would have had to request a manual count of past payments to gauge their eligibility for cancellation.

Ultimately, this means some servicers didn’t know if borrowers qualified for cancellation unless they were asked, by borrowers, to do a labor-intensive records review.

“It is not on borrowers to be keeping two decades’ worth of records of how their student loan payments were made and whether each payment counted towards cancellation,” says Abby Shafroth, an attorney at the National Consumer Law Center (NCLC), a nonprofit that has previously called for reform of IDR.

The review’s executive summary makes clear the department had long harbored worries about its servicers breaking the promise of IDR, noting “concern regarding the accuracy of the payment counters with our servicers has been on FSA’s radar for some time.”

As such, Shafroth says, the Education Department also deserves blame. After all, Congress created the first income-based plans back in the early ’90s.

“It appears that [the Education Department] waited until the 20 years were up [and IDR borrowers were becoming eligible for debt cancellation] and then said, ‘Oh, we should probably make sure that the servicers are counting payments,’ ” Shafroth says.

“The department could have avoided this mess if [it] had done its job,” says Rep. Virginia Foxx, the top Republican on the House education committee. “Year after year after year, Republicans and servicers have pressed the department to provide clear and concise guidance for how to manage this complex web of repayment plans, but the department has refused to do that.”

The documents also reveal other irregularities in how servicers count IDR payments.

For example, if a monthly payment of $100.01 is owed but a borrower pays just $100 – one penny shy of the required amount – three servicers (Great Lakes, Nelnet and Edfinancial) said they would still count it as a qualifying payment. But four others indicated they would not.

Borrowers with the lowest incomes are being hurt most

These internal documents reveal that servicers’ mismanagement of IDR is especially harmful for borrowers with the lowest incomes.

Under IDR, a monthly payment of $0 for a borrower earning less than 150% of the federal poverty line should still count toward loan cancellation. But in the same 2016 review, officials warned, these $0 IDR payments “that qualify for forgiveness are not adequately tracked.”

The documents do not explain “adequately” or the reason for the apparent failure.

“That is one of the most concerning things that you’ve highlighted because the people with the $0 payments are the folks in financial distress,” says Persis Yu of the Student Borrower Protection Center. “If that payment is not tracked adequately, it means that they’re in debt that they don’t owe. And to build a system in which we utterly fail the lowest income borrowers so explicitly is just inexcusable.”

Nearly half of all IDR borrowers are making $0 monthly payments, according to a 2019 analysis by the Center for American Progress (CAP). Not adequately tracking those payments could delay or derail millions of the lowest-income borrowers on their way to loan cancellation.

“We knew there was a problem,” says Rep. Bobby Scott, the top Democrat on the House education committee. “This is worse than we expected.”

Scott had requested a U.S. Government Accountability Office (GAO) investigation into IDR’s failings. The results of that GAO review are expected later this month.

“The idea that you haven’t counted certain payments is disturbing,” Scott says.

And that’s not the only failure hitting the system’s most vulnerable borrowers.

When borrowers default, their loans are transferred from a traditional student loan servicer to a new servicer that specializes in helping borrowers rehabilitate their loans.

But, these documents show, when borrowers return to good standing and to a traditional servicer, they also lose any record of qualifying IDR payments made prior to default.

This loss of past payment credit happens not because those payments no longer count (they do) – but because the technology is deeply flawed.

“That’s horrible,” says Beth Akers, who studies student loans at the conservative-leaning American Enterprise Institute (AEI). “There needs to be a safety net there. So let education work to allow people to, quote unquote, pull themselves up by their bootstraps. But when those bootstraps break or they’re not there, let’s make sure that there is something to catch them. And you know, in my mind, that’s IDR.”

Transferring borrowers between servicers is a game of telephone

You might expect it to be relatively simple to transfer a borrower’s financial information and payment history from one loan servicer to another.

But according to the documents obtained by NPR, moving borrower accounts is incredibly fraught. Borrowers’ information is transferred via what’s known as an EA27 file, and every time a file is transferred, data and context can be lost, and mistakes made.

In fact, earlier versions of the EA27 didn’t even include payment counts for certain IDR plans.

Transferring these borrower files is like a game of telephone: The more you do it, the more likely the message gets muddled.

As a result, when servicers inherit borrowers from other servicers, they often inherit records with holes. For example, the department’s 2016 review of one servicer’s records found glaring omissions in the accounts of transferred borrowers. Some records lacked basic information, like when a borrower changed repayment plans or how much the correct payment amount was.

With holes like that, a borrower could ask their servicer how far they are from debt cancellation, but would get a wildly wrong answer.

And all of these problems are compounded by the student loan system’s original sin.

Before the days of multiple loan servicers, there was simply one. From 1992 to 2009, ACS Education Services managed the entire federal student loan portfolio.

But when the federal government ended its contract with ACS and the company began transferring borrowers’ profiles to other servicers, it became clear that ACS had made a dizzying number of errors – more than 5 million according to a 2020 report.

ACS has also faced allegations of mismanaging IDR, misleading borrowers and of taking months, even years in some cases, to correct and update borrowers’ records.

Nearly every borrower who could be eligible for cancellation under IDR in the next few years was serviced by ACS at some point. That means their current records, including the count of their progress toward cancellation, could be built on the sand of erroneous data.

This matters now more than ever, after several servicers have ended their federal contracts and more than a quarter of all borrowers have been – or soon will be — transferred to new servicers.

What should happen now?

The good news is, some big, forward-looking changes have already been made or are in the works, including efforts to streamline cumbersome annual paperwork requirements.

While these reforms will help moving forward, they won’t do anything for the borrowers who have already been hurt by IDR’s past problems.

Recently, more than 100 different advocacy groups cosigned a letter to U.S. Education Secretary Miguel Cardona demanding an IDR waiver that would retroactively loosen the program’s rules, like the one being offered for the similarly troubled Public Service Loan Forgiveness (PSLF) program.

Not everyone believes the remedy should fall to the department.

“We’re not going to get these programs cleaned up without legislation,” says AEI’s Beth Akers, who supports the idea of IDR and blames lawmakers for creating such a difficult suite of programs to implement. “The servicers have a thankless job. So does the Department of Education, because they were handed a pile of garbage.”

Several advocacy groups, including The Education Trust and the Student Borrower Protection Center, have not only called for an IDR waiver but also substantial student loan cancellation for all borrowers, not just those hurt by IDR’s failings.

“We just need to recognize that there are these systemic failures – that, across the board, people are struggling to make these payments,” says Victoria Jackson, who studies higher education policy at The Education Trust. “And we can do that in a simple, straightforward way by having broad-based debt cancellation.”

Though that level of relief doesn’t sit well with Rep. Virginia Foxx.

While there is disagreement about a remedy here, all agree: IDR has failed many borrowers.

Back in 2010, President Barack Obama celebrated the promise of income-driven repayment, declaring, “in the United States of America, no one should go broke because they chose to go to college.”

Twelve years later, the promise of IDR remains as powerful as it is unfulfilled.

Nicole Cohen edited this story for broadcast and for the Web.