Exclusive 1st Read: ‘Klara And The Sun,’ By Kazuo Ishiguro 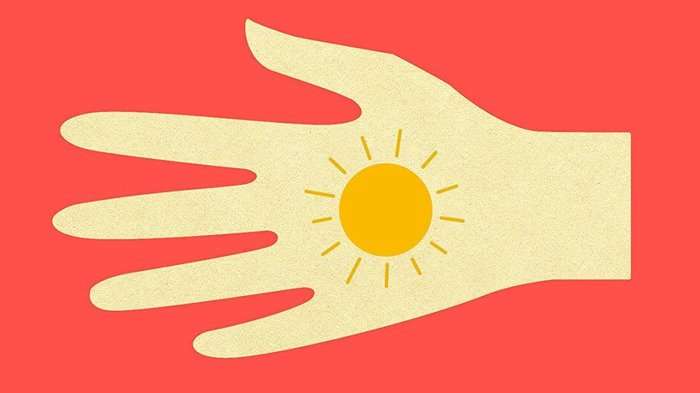 Author and Nobel laureate Kazuo Ishiguro has explored multiple settings over the course of his career, from the English country house in 1989’s The Remains of the Day to the dystopian future of 2005’s Never Let Me Go. But no matter where he sets his stories, they’re always deeply felt and deeply human.

Klara and the Sun, his latest, is no exception. Klara is an android, designed as a companion for a lonely child. The book follows her relationship with her eventual owner Josie, as it grows and changes, digging into questions about friendship, humanity and purpose.

In this scene, Klara and fellow Artificial Companion Rosa are sitting in the display window of their store, waiting to catch the eye of potential customers.

It was almost midway through our fourth morning in the window when I saw the taxi slowing down, its driver leaning right out so the other taxis would let him come across the traffic lanes to the curb in front of our store. Josie’s eyes were on me as she got out onto the sidewalk. She was pale and thin, and as she came towards us, I could see her walk wasn’t like that of other passers-by. She wasn’t slow exactly, but she seemed to take stock after each step to make sure she was still safe and wouldn’t fall. I estimated her age as fourteen and a half.

Once she was close enough so all the pedestrians were passing behind her, she stopped and smiled at me.

Rosa kept staring ahead at the RPO Building as she was supposed to do. But now I’d been addressed, I was able to look directly at the child, return her smile and nod encouragingly.

‘Really?’ Josie said — though of course I didn’t yet know that was her name. ‘I can hardly hear me myself. You can really hear me?’

I nodded again, and she shook her head as if very impressed.

‘Wow.’ She glanced over her shoulder — even this movement she made with caution — to the taxi from which she’d just emerged. Its door was as she’d left it, hanging open across the sidewalk, and there were two figures still in the back seat, talking and pointing to something beyond the pedestrian crossing. Josie seemed pleased her adults weren’t about to get out, and took one more step forward till her face was almost touching the window.

‘I saw you yesterday,’ she said.

I recalled our previous day, but finding no memory of Josie, looked at her with surprise.

‘Oh, don’t feel bad or anything, there’s no way you’d have seen me. I was like in a taxi, going by, not even that slow. But I saw you in your window, and that’s why I got Mom to stop today right here.’ She glanced back, again with that carefulness. ‘Wow. She’s still talking with Mrs Jeffries. Expensive way to talk, right? That taxi meter just keeps turning over.’

I could then see how, when she laughed, her face filled with kindness. But strangely, it was at that same moment I first wondered if Josie might be one of those lonely children Manager and I had talked about.

She glanced over to Rosa — who was still gazing dutifully at the RPO Building — then said: ‘Your friend’s really cute.’ Even as she said this, Josie’s eyes were already back on me. She went on looking at me quietly for several seconds, and I became worried her adults would get out before she could say anything more. But she then said:

‘Know what? Your friend will make a perfect friend for someone out there. But yesterday, we were driving by and I saw you, and I thought that’s her, the AF I’ve been looking for!’ She laughed again. ‘Sorry. Maybe that sounds disrespectful.’ She turned once more to the taxi, but the figures in the back showed no signs of getting out. ‘Are you French?’ she asked. ‘You look kind of French.’

I smiled and shook my head.

‘There were these two French girls,’ Josie said, ‘came to our last meeting. Both had their hair that way, neat and short like you. Looked cute.’ She regarded me silently for another moment, and I thought I saw another small sign of sadness, but I was still quite new then and couldn’t be sure. Then she brightened, saying:

‘Hey, don’t you guys get hot sitting there like that? Do you need a drink or something?’

I shook my head and raised my hands, palms up, to indicate the loveliness of the Sun’s nourishment falling over us.

‘Oh yeah. Wasn’t thinking. You love being in the sunshine, right?’

She turned again, this time to look up at the building tops. At that moment the Sun was in the gap of sky, and Josie screwed up her eyes immediately and turned back to me.

‘Don’t know how you do that. I mean keep looking that way without being dazzled. I can’t do it even for a second.’

She put a hand to her forehead then turned away once more, this time looking not at the Sun, but to somewhere near the top of the RPO Building. After five seconds, she turned back to me again.

‘I guess for you guys, where you are, the Sun must go down behind that big building, right? That must mean you never get to see where he really goes down. That building must always get in the way.’ She looked over quickly to check the adults were still inside the taxi, then went on: ‘Where we live, there’s nothing in the way. From up in my room you can see exactly where the Sun goes down. The exact place he goes to at night.’

I must have looked surprised. And at the edge of my vision I could see that Rosa, forgetting herself, was now staring at Josie in astonishment.

‘Can’t see where he comes up in the morning though,’ Josie said. ‘The hills and the trees get in the way of that. Kind of like here, I guess. Things always in the way. But the evening’s something else. Over that side, where my room looks out, it’s just wide and empty. If you came and lived with us, you’d see.’

One adult, then another, climbed from the taxi out onto the sidewalk. Josie had not seen them, but perhaps she’d heard something for she began to talk more quickly.

‘Cross my heart. You can see the exact place he goes down.’

The adults were women, both dressed in high-rank office clothes. The taller one I guessed to be the mother Josie had mentioned because she kept watching Josie even as she exchanged cheek kisses with her companion. Then the companion was gone, mixing with the other passers-by, and the Mother turned fully our way. And for just one second, her piercing stare was no longer on Josie’s back, but on me, and I immediately looked away, up at the RPO Building. But Josie was speaking again through the glass, her voice lowered but still audible.

‘Have to go now. But I’ll come back soon. We’ll talk more.’ Then she said, in a near-whisper which I could only just hear, ‘You won’t go away, right?’

I shook my head and smiled.

The Mother by this time was standing right behind Josie. She was black-haired and thin, though not as thin as Josie, or some of the runners. Now she was closer and I could see her face better, I raised my estimate of her age to forty-five. As I’ve said, I wasn’t so accurate with ages then, but this was to prove more or less correct. From a distance, I’d first thought her a younger woman, but when she was closer I could see the deep etches around her mouth, and also a kind of angry exhaustion in her eyes. I noticed too that when the Mother reached out to Josie from behind, the outstretched arm hesitated in the air, almost retracting, before coming forward to rest on her daughter’s shoulder.

They entered the flow of passers-by, going in the direction of the second Tow-Away Zone sign, Josie with her cautious walk, her mother’s arm around her as they went. Once, before they left my view, Josie looked back, and even though she had to disturb the rhythm of their walk, gave me one last wave.

Excerpt from the book, Klara and the Sun, copyright 2021 by Kazuo Ishiguro, published by Knopf on March 2, 2021.