Exciting Year Ahead For Space Exploration 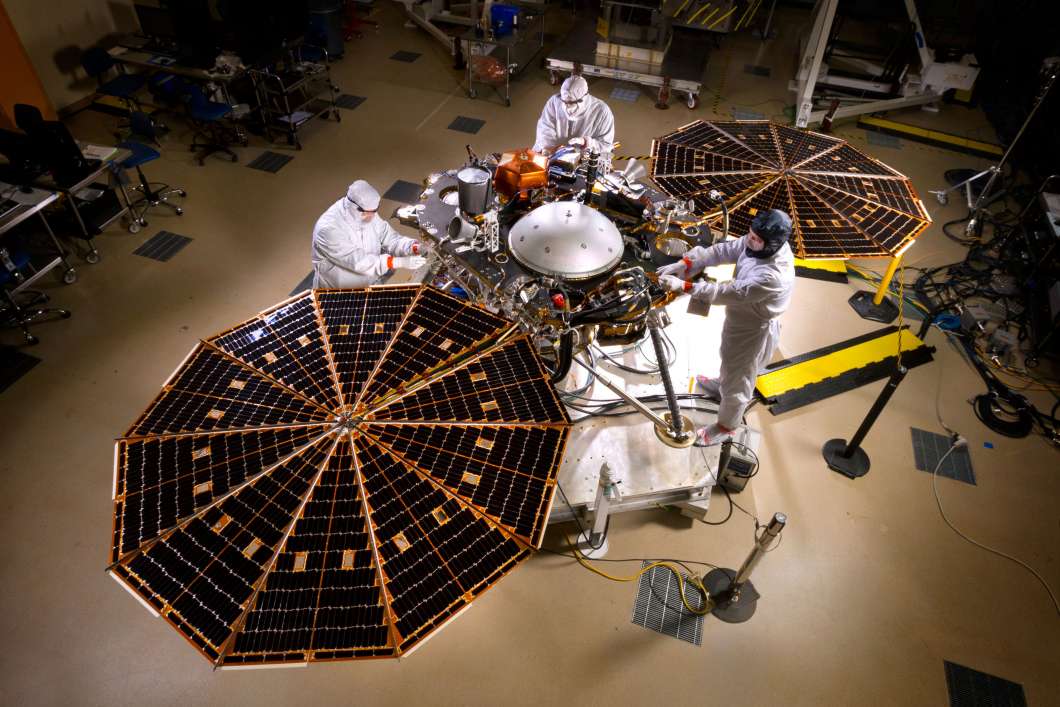 The solar arrays on NASA's InSight lander are deployed in this test inside a clean room at Lockheed Martin Space Systems, Denver. This configuration is how the spacecraft will look on the surface of Mars. Image Credit: NASA/JPL-Caltech/Lockheed Martin

There’s a bunch of exciting space exploration mission slated for 2018. From SpaceX’s Falcon Heavy to NASA’s next Mars lander, space enthusiasts have a lot to look forward to in the new year.

Chris Gebhardt, NASASpaceflight.com‘s managing editor, joins the program to talk about all the exciting missions ahead this year.

Even thought Cassini crashed into Saturn last year, Gebhardt said there’s still plenty to learn about the ringed planet. “Towards the latter part of it’s final orbits, it was actually brushing up against the top of Saturn’s atmosphere and dip-diving into Saturn,” he said. “All of that data, while it was returned last year in the final days of Cassin’s mission, scientists are analyzing it and looking at all of that.”

This Planetary Society-backed project hopes to provide spacecraft propulsion by harnessing the power of the sun in a space “sail”. LightSail captures the particles released from the sun and uses them to push a sail through space. “Once it’s in orbit, it’s going to deploy this really huge sail relative to the size of the spacecraft itself. What they’re going to try to do is use that sail to progressively raise that satellites orbit,” said Gebhardt.

The mission is slated for a launch on Falcon Heavy later this year.

In 20115, New Horizons thrust Pluto back into the spotlight after sending incredible images of the dwarf planet back to Earth. The spacecraft is now targeting a flyby of Kuiper belt object 2014 MU69.

“This mission just keeps on giving in very surprising and intriguing ways,” said Gebhardt. “It’s revealing a lot about a region of the solar system that’s very difficult to see.” The flyby begins in the early hours of January 1, 2019 — but most of the prep is happening in 2018.

The InSight lander launches en route to Mars from South America in May, and when it gets there, it hopes to uncover how rocky planets of the inner solar system, including Earth, came to be more than four billion years ago.

“What’s really cool is that there are CubeSats going on this mission,” said Gebhardt. The tiny satellites will be deployed right before the lander makes its final approach of the red planet, and they’ll be used to help navigate the lander onto the surface of Mars and relay all that information back to Earth. “It’s a really cool experiment to use CubeSats to really help maintain contact with landing spacecraft on another planet.”